The App Store is packed to the gills with cool apps. We’ve rounded up five of the best iPhone apps that are new, have been recently updated, or are simply worth a second look. Unless you’ve been living under a rock, you should know about these amazing apps.

Check out an interview with Cover’s founders in the video above.

Not to be confused with the Android lockscreen app of the same name, Cover is an app for dining out. It simplifies your night out immensely. You simply sit down, tell your server that you’re paying with Cover, and the restaurant takes care of the rest.

Your bill is automatically split and tip gets figured out for you (great if you’ve had a few too many glasses of wine to do mental math). That means you can just focus on having fun with friends, or look like a hotshot while you’re entertaining a business client. This also means if you need to eat in a hurry, you don’t have to wait for your waiter to come back with your bill.

While the app has been NYC-focused, as of May 21, 2014 select restaurants in San Francisco are now supporting Cover. You can view a full list of supported restaurants here, or just walk through the city and wait for your phone to send you a push notification when you get near a Cover-approved establishment.

Check out CNET’s overview of Swarm in the video above.

Foursquare’s controversial decision to split it’s app into two separate apps has annoyed some iPhone users. The Foursquare split brought about the creation of Swarm, which has gotten some solid reviews so far.

Swarm is designed to cut through the “clutter” of the old Foursquare system and help you find your friends fast. This app makes it simple to find where your friends are and what they are doing, allowing you to meet up with them and join in on the fun.

This brand new app hit iOS devices on May 8, 2014. This educational app is designed for kids, but adults will also have a ton of fun messing around with this cool comparison tool.

Here’s how it works. You take a picture of an item you want to measure, then select an object from the database in the app to compare it against. Not only will this app let you use your phone’s camera as a ruler, but you can compare an object against many others to get a comparison. It’s a fun, hands-on teaching tool for kids that also appeals to curious adults.

Check out the video above to see how Vyclone works.

Vyclone isn’t exactly a new app, but it’s seen a big resurgence in popularity after being updated in May of 2014, and being featured in this article at BGR. Vyclone is also worth knowing about because it was created by Joe Sumner, frontman of the band Fiction Plane and the son of rock legend Sting.

Vyclone is a way of creating immersive, comprehensive videos. You can use this app to film a large event, such as a concert, and intercut your footage with footage taken by other people who were at the same event. It’s a cool way to re-experience an event from multiple points of view, and create a memorable “highlight reel” of concerts, sporting events, weddings, dances, graduation ceremonies, birthdays, and more.

Not to be confused with other apps with similar names, this particular DashCam app is made by St. Edward Enterprises LLC. Version 3.0 of this app dropped on May 17, and the app has been updated to include some new features, including the ability to add effects.

Normally priced at $1.99, this app has gone free. This application can be used with cars, bicycles, motorcycles, boats, or really anything that moves. This is a great way to record footage of accidents for insurance purposes, or just a cool way to make a travel video. 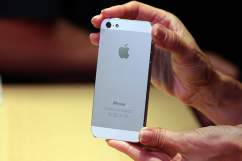