These apps are great for World Cup gossip, news, photos, and sports coverage. If you’re looking for the best World Cup apps, these are our top five picks.

The ESPN FC Soccer & World Cup app is a great resource for news about the 2014 FIFA World Cup. In addition to scores and news, this app captures the great sense of drama that great World Cup coverage should have.

SecondMic is an app that allows fans, former players, teams, and sports reporters to provide alternative live commentary for sporting events. The app features great commentaries from comedians, sports reports, and other sports experts for all kinds of live events, including the World Cup. You can check out the SecondMic team’s World Cup predictions on their blog.

The official FIFA app is a must-have for any serious World Cup fan. It’s packed with info about players, leagues, and the FIFA organization itself. In addition, it has a great interface that is intuitively designed.

Tired of waiting between matches to see some great action? Put yourself in the game with FIFA 14 by EA Sports. The game includes officially licensed 2014 FIFA World Cup Brazil national teams, kits, and even the Adidas Brazuca ball. If you want a video game that fully captures the spirit of the World Cup, this is it.

This live wallpaper and clock widget app for Android users is really cool. Every time you unlock your device, this app plays a short animation that flies you straight into Maracanã Estádio’s center circle, revealing the official match ball. 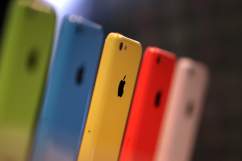