LG’s launch event for the LG G3 will take place on May 27, 2014. The London-based streaming event will take place at 6pm London time/ 1pm Eastern time. You can watch the event in the video above (a countdown timer will count the minutes until the event is scheduled to kick off.)

“The specs of the handset have basically been confirmed, and will include a 5.5-inch Quad HD display (2560 x 1440 resolution and 538ppi), Qualcomm Snapdragon 801 processor, 2GB of RAM, advanced 13-megapixel camera with optical image stabilization (OIS+) and laser autofocus, 2.1-megapixel camera, microSD support, 1 watt speaker, user replaceable 3000mAh battery and Android KitKat on board.”

You can check out the official LG G3 teaser trailer in the video above.

Other things that LG G3 buyers can expect from the new phone include support for wireless charging, a slim design, and the QuickCircle phone case, which will allow you to make calls without “opening” your phone.

The new LG G3 smartphone is expected to be a minor step-up from its predecessor, and will compete directly with other phones like the new HTC One (M8) and the Samsung Galaxy S5. The LG G3 seems a bit late to the party, given how long the new HTC One and Galaxy S5 have been on the market.

However, the LG G3 was actually quite quick on the scene. The G2 was released less than a year ago, back in September of last year. Only time will tell as to whether LG’s new phone can outsell the competition. 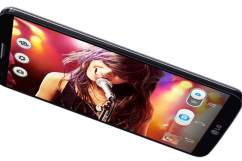