As you can see from the image of protestors above, net neutrality has become a hot button issue in America. Despite its increasing prominence in political conversations, many people are still confused by what, exactly, is meant by “net neutrality.” Here’s a simple guide that explains what net neutrality is, and why it is so important.

The funny Hank vs. Hank video above outlines both sides of the net neutrality debate in three minutes flat.

“Applying well-established ‘common carrier’ rules to the Internet in order to preserve its freedom and openness. Common carriage prohibits the owner of a network, that holds itself out to all-comers, from discriminating against information by halting, slowing, or otherwise tampering with the transfer of any data (except for legitimate network management purposes such as easing congestion or blocking spam).”

In other words, net neutrality is the belief that ISPs and government bodies should treat all the information and data available on the Internet the same way. The opposite of net neutrality would be a “closed Internet,” where some users might not have access to certain types of data, or might experience more difficulties in accessing that data.

The ACLU has a list of notable abuses of net neutrality, which includes some of the following examples:

2. FCC Wants to Create an Internet Fast Lane, Which Would Violate Net Neutrality

The Newsy video above compares the recent FCC vote on net neutrality to Lord of the Rings.

TIME reports that the FCC wants to create an “Internet fast lane.” This so-called fast lane would be a means of paying for priority access to the Internet. TIME explains:

“Advocates of the open Internet…say such prioritized service — also called a “fast lane” — is antithetical to net neutrality, or the idea that Internet providers should treat all content as equal in terms of speed. While FCC Chairman Tom Wheeler has said the proposal wouldn’t allow for a fast lane and a slow lane on the Internet, net neutrality advocates say that’s an illogical loophole in net neutrality — if there’s a fast lane, then it holds there must be a ‘slow lane’ as well.”

Members of the public have until July 15 to comment on the FCC’s preliminary rules for the “fast lane.” You can find the FCC’s contact information here.

3. Some People Want to Re-Classify the Internet as a Utility

The video above from the Young Turks talks about the death of net neutrality.

Some pro-Net Neutrality supporters believe that the Internet should not be considered a communications medium, but be reclassified as a public utility.

4. The Open Internet Has Many Public Benefits

Net neutrality advocates argue that an open internet is beneficial to the public good. The Open Internet website notes some of the benefits can include increased innovation, increased entrepreneurship, the ease of spreading new ideas, protection for freedom of speech, and a guarantee against unfair pricing practices.

5. Not All Republicans Are Against Net Neutrality

The video above from the Verge explains the FCC’s stance on net neutrality in just 90 seconds.

There is a public misconception that most Republicans are against net neutrality. In fact, many notable Republicans have spoken out against the FCC’s plans to open a “fast lane.” Republican Ajit Pai, an FCC commissioner, told PCWorld:

“Nobody thinks of plain, old telephone service or utilities as cutting edge, but everyone recognizes that the Internet has boundless potential, and that’s because governments didn’t set the bounds early on…To date, no one outside this building has asked me to support this proposal [for a fast lane].”” 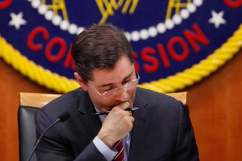 Will Your Netflix Bill Go Up After the Court’s Net Neutrality Ruling?