A review of high-profile staff members who have left Twitter during the past six months: http://t.co/ECNL0AJJXm

Twitter COO Ali Rowghani has resigned, along with media head Chloe Sladden. How does Rowghani’s exit affect Twitter and its investors? Here’s what you need to know about Rowghani and Sladden’s exit from Twitter.

Goodbye Twitter. It's been an amazing ride, and I will cherish the memories.

The New York Times notes that Ali Rowghani’s departure from Twitter comes after “months of watching his responsibilities shrink.”

The Times has a great rundown of Rowghani’s tenure at Twitter, which was marred by a drop in stock price:

“Mr. Rowghani, who joined Twitter in 2010 as chief financial officer, ascended to the No. 2 spot a couple of years later. Although his duties varied, he had recently overseen efforts to expand the service by attracting new users and increasing activity among existing users.

But those efforts failed to bear fruit, and Twitter’s stock plunged from more than $70 last December to around $35 before the news of Mr. Rowghani’s departure. It rose 3.5 percent to $36.79 on Thursday.”

Pictured above on the left is Chloe Sladden, who recently ran North American media for Twitter.

Hours after Rowghani announced his departure, Twitter’s head of North American media, Chloe Sladden, also decided to leave the company. Sladden reported to Rowghani, and the two reportedly had a close working relationship.

It is not clear who will replace Sladden, but the San Francisco Chronicle writes that Rowghani will still work with Twitter in some capacity:

“Twitter said Rowghani will remain as a strategic adviser, and that it will not fill the position of chief operating officer. Rowghani’s responsibilities will be given to other managers, Twitter said in a regulatory filing.”

“People familiar with the matter also said there were grumblings among lower-level employees when Mr. Rowghani sold 300,000 shares of stock, pocketing $9.9 million, at a time when other senior executives and backers of the company vowed to hold on to their shares as a vote of confidence in Twitter’s future. A question about why Mr. Rowghani parted with such a big chunk of shares was asked at Twitter’s regular companywide meeting known as “tea time,” according to people familiar with the meeting. Mr. Rowghani said he wanted to make a significant donation to brain research after his father passed away.”

Despite some internal issues caused from this stock sale, Rowghani generally had a good reputation inside the company. Rowghani was known as Twitter’s “Mr. Fix-It,” and was also called a “co-CEO” within the company.

In the video above, Ali Rowghani talks to CNN’s Jake Tapper about Twitter and the National Security Agency’s PRISM program.

Two rather unflattering pieces about Twitter have been in the news this week. Forbes ran an article called “Are Twitter Shares Worth $60?” The article’s author, Peter Cohan, concludes:

“I do not see how Twitter will be able to formulate and implement an effective strategy to take a meaningful enough share of the digital advertising market to justify a valuation of $60.”

“Sladden’s team focused on user acquisition rather than user retention while those working under Rowghani tried ‘to improve its churn rate, all to no avail…

Unless you require Twitter for professional reasons or you are part of that elite 1% of users with significant followings, there is really nothing that prohibits you from leaving the social network for a week, a month or indefinitely. For now, Twitter is like a ship with a leak at the bottom. They keep making the ship bigger each year, but they never patch up the leak.”

Why Twitter’s COO had to resign, in one chart http://t.co/FkTfFvoP8w pic.twitter.com/WiTUBnYkaI

Gigaom has an interesting analysis of Rowghani’s exit, entitled “Twitter’s executive turmoil masks a deeper problem: Confusion over what Twitter wants to be.” The piece notes:

“According to a number of reports, one of the reasons Ali Rowghani was ejected (and won’t be replaced) is that CEO Dick Costolo wanted to bring control of the product under his purview, rather than the COO’s…

Twitter is caught between two (or more) worlds: The catering to media entities and celebs doesn’t seem to have produced enough traction compared to other players like Facebook to make it worthwhile, and there hasn’t been enough of a focus on tools or design features for hard-core users to keep them loyal…

Twitter is a public company, and it has to show the kinds of growth in both users and revenue that can justify its vast market value — something it has so far failed to do — and the public markets are not known for their patience. Not only that, but as previous social-media superstars like MySpace have shown us, the road to short-term market acceptance can also be the road to long-term irrelevance. “

Twitter COO has resigned: when things go bad, COO usually the first to take the blame. COO usually not a viable role and position. 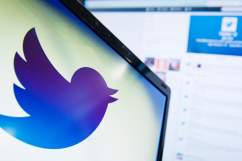