Launch day for Amazon‘s hotly anticipated smartphone is finally here. Below, learn the answer to all your burning questions about the price, release date, carriers, features, and specs associated with the Amazon Fire phone.

NOTE: The Amazon phone launch has wrapped up. There was no livestream of the launch, but you can check out the live blogging coverage by CNET, Slashgear, TechCrunch, the Verge, or Forbes.

If you prefer a Next plan rather than a contract, the cost is just $27 per month. Additionally, the cost of the phone includes a year of Amazon Prime, for free. Normally, Amazon Prime costs $99 per year (unless you know these sneaky tricks to get Amazon Prime for less!)

You can buy the new Amazon Fire Phone right now from Amazon.

The Amazon phone stands out because of one major feature: 3D functionality. One Slashdot users notes that this 3D phone may have an edge over other 3D smartphone products that pre-dated the Fire Phone:

“While it may be compelling, a sexy 3D feature won’t catapult Amazon into the lead of the cut-throat smartphone category. If this were true, the EVO 3D, introduced two years ago by HTC and the W960, introduced by Samsung four years ago, would have been top sellers rather than niche products. However, a smartphone that renders 3D images does present an internet retailing opportunity for Amazon. It would be useful to Amazon in selling tangible consumer merchandise, just like Amazon’s Kindle Fire tablet was designed to improve Amazon’s merchandising of ebooks and video streaming products.”

The Fire Phone’s 3D functionality allows users to do a number of interesting things. Beyond cool visual effects in clocks and lockscreens, the 3D capabilities can be used to add depths to maps: great news for those who have a hard time navigating in 2D.

Other notable features include dual-stereo speakers with Dolby Digital plus surround, as well as tangle-resistant headphones. Tilt controls let you scroll down to view an article on the web, great for days when you’re riding on the train and holding on to the strap with one hand while you read from your phone in the other. The tilt controls can also be used on certain games, letting you peek around to get a better sense of what’s lurking up ahead.

More excitingly, Amazon features like ASAP (which guesses what you’ll want to watch next and pre-loads it to prevent buffering) will be supported on the Fire phone. Amazon is also offering unlimited photo storage for Fire Phone owners.

A big commerce feature in the Amazon Fire Phone is “Firefly,” which works with the camera to detect phone numbers, movies, books, games, CDs, food and much more. Simply point your camera at the item you like in the real world, and Amazon can help you buy it in the virtual world. According to Amazon, Firefly can detect over 100 million items.

Additionally, Second Screen and X-Ray will work on the Fire phone. This will make it easy to start watching something on your device and finish watching on your TV…and then get details about the show you’re watching. Finally, the Amazon service Mayday will be supported, providing helpful customer support for users in need. Both Mayday and Firefly will have dedicated buttons on the device.

According to the liveblog from The Verge, some of the pertinent specs on the phone include a 4.7-inch screen, a 13MP camera, Quad-core 2.2GHz processor, Adreno 330 graphics. 2GB of RAM, and Gorilla Glass 3 construction with a rubber frame.

The Verge adds, “It displays at 590 nits of brightness, it has a circular polarizer so you can look at it outside with sunglasses on at any angle.”

The Amazon phone ships July 25. Given Amazon’s proven ability to get certain items (like the Harry Potter books) out to consumers on the same day as release, it’s not unreasonable to assume that some Amazone Fire Phone customers will get their phone on June 25, or a day after.

AT&T was rumored to be the sole carrier for the Amazon phone. This has been confirmed during The Verge’s liveblog of the Amazon Fire Phone event. AT&T is charging $199 for the basic Amazon phone on a two-year contract. If you prefer a Next plan, the cost is just $27 per month.

Needless to say, some tech insiders, including the CEO of T-Mobile, aren’t pleased with this exclusivity.

Can’t get enough Amazon hardware? You might also be interested in the Kindle Paperwhite, Fire HDX Tablet, or Amazon Fire TV (which should have some nice crossover features with the Fire Phone.) 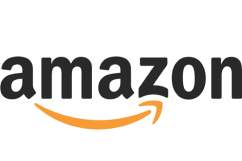