All those scary reports about the GameOver Zeus malware got you freaked? Learn about this botnet threat and how to protect yourself right here.

1. GameOver Zeus Malware Is a P2P Form of Malware

Learn more about this vicious malware in the audio report above.

The US Computer Emergency Readiness Team describes GameOver Zeus as a peer-to-peer variant of a type of malware called Zeus. It is also referred to as GOZ in some circles. The CERT team explains:

“GOZ, which is often propagated through spam and phishing messages, is primarily used by cybercriminals to harvest banking information, such as login credentials, from a victim’s computer. Infected systems can also be used to engage in other malicious activities, such as sending spam or participating in distributed denial-of-service (DDoS) attacks.”

According to the FBI, GameOver Zeus can steal your username and passwords, and subsequently drains your bank account.

2. GameOver Zeus Can Be Removed By Virus Scanners

The video above gives you a detailed rundown of GameOver Zeus.

US CERT recommends the use of Symantec, Sophos, Heimdal, F-Secure, or Microsoft to identify and remove GameOver Zeus from an infected computer. By simply updating your trusted anti-virus software and running a scan, you should be protected.

3. Evgeniy Mikhailovich Bogachev Believed to Be Behind GameOver Zeus

A picture of the man behind the GameOver Zeus botnet, courtesy of the FBI http://t.co/RKvpmcukid pic.twitter.com/2OapbO8fj1

The Verge reports that Evgeniy Mikhailovich Bogachev is the “mastermind” behind the malicious GameOver Zeus botnet network. It is believed that the botnet was responsible for stealing $100 million from people all over the world.

4. GameOver Zeus Has Been Linked to CryptoLocker

“The botnet also raised money through Cryptolocker an attack that would encrypt a computer’s hard drive, demanding a ransom to unlock the data. For those that didn’t pay, data-recovery costs reached as high as $80,000. Researchers say the botnet has been operational since October of 2011, but used a complex P2P mechanism to cover its tracks, making it difficult to track down before now.”

Cryptolocker is known to have affected tens of thousands of computers.

5. US, Italy, UK Among the Countries Most Affected by GameOver Zeus

This is our latest heat map of #ZeuS #Gameover infections. UK and US badly hit :-( pic.twitter.com/PUc8z1zXw9

Symantec has reported which countries have been most heavily targeted by the GameOver Zeus malware. The US and Italy lead, with the UAE, Japan, the United Kingdom, and India following close behind. 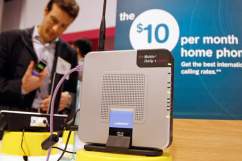