Google I/O is right around the corner. Here are five cool things that Google I/O 2014 is likely to feature, according to the tech rumor mill.

Learn more about Project Ara, Google’s modular smartphone, in the video above.

Project Ara, a modular-designed smartphone from Google, is expected to cost $50 when it launches and provide a huge amount of customization options. Digital Trends notes that there is a chance that Google I/O will demo Project Ara at this year’s I/O event.

2. Google Glass May Get a ‘Consumer Edition’

Check out a skydiving demo with Google Glass, which premiered at Google I/O two years back.

While the “Explorer Edition” of Google Glass has been around for quite some time, some tech insiders think that Google may finally offer a consumer-ready version of the device after Google I/O. A consumer-ready version of the device could retail for as low as $300, quite the discount off the $1500 price tag on the Explorer “beta” model. Google is going to have to take some measures to change the public perception of Glass, which is somewhat negative.

Check out a rumor roundup for the Nexus 6 in the video above.

Learn more about Hera and some other recent Android developments in the video above.

Android Police has a detailed post on Hera. They explain:

“Hera, from what we know, essentially represents Google’s effort to unify the experience users have in Android, Chrome, and Search all on your Android-powered device. It does this (from what we can tell) by using a special Chromium build meant to run on Android and execute tasks through the web both for Google and third-party apps.”

Hera may be integrated with Nearby, a new Android feature that will let nearby devices automatically interact with your own. The Verge notes that Nearby would periodically turn on a device’s Wi-Fi, Bluetooth, and microphone. This may pose some privacy concerns, but could enable a device to do some pretty interesting tricks. It is not yet known how this feature will be implemented.

Some tech sites are also reporting that Android 5.0 could be featured during the I/O keynote. However, opinions on this are also very divided. Android Central reports that a preview of the next Android OS is likely to show up.

5. A Google Plus Re-Brand Not Out of the Question for Google I/O

Watch one Google+ hater’s rant in the video above.

In their detailed rundown of I/O rumors, Ars Technica makes an interesting note about Google Plus:

“Conspicuously missing from the Google I/O schedule is any mention of Google+, which backs up the earlier reports that the company will be distancing itself from the Google+ branding. Google+ accounts appear to now be referred to as Google Identity…For comparison, last year’s schedule mentioned Google+ 20 times. This year? Zero.” 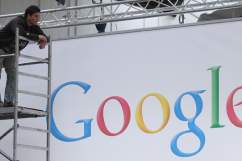