Want to see all the new things Apple unveils at WWDC 2014? Here’s how to watch the Keynote livestream event.

Click this link to be taken to Apple’s WWDC website, where you can watch the keynote speech for WWDC 2014. The keynote begins at 10 a.m., Pacific time.

Things that Apple insiders expect to see revealed during the keynote at WWDC include updates to iOS and OS X, as well as potential new hardware like a Mac Mini. Some fans are hoping against hope that the long-rumored iWatch will make an appearance, but most tech blogs say the possibility is remote.

Check out a preview of WWDC 2014 in the audio clip above.

Cult of Mac notes that those who own an Apple TV set-top box can enjoy the WWDC livestream. Select Apple Events from the main menu to watch. This is a great way to watch if you want to view the keynote on your TV, thus freeing up your laptop or tablet to view liveblogs about the event.

On a mobile device running iOS, you can simply point your Safari browser to this link.

Additionally, there will be coverage of the event on Ustream. Click here to learn more.

4. Note the Restrictions Apple Has Placed on the Livestream

The video above outlines some of the things tech insiders expect to see at WWDC 2014.

Per Apple’s WWDC site, here are the restrictions you may encounter when trying to watch the keynote livestream. Make sure your device of choice meets the specs outlined below, and you should be able to enjoy the WWDC keynote, uninterrupted:

In other words, if you’re trying to watch the livestream at work on a Windows or Linux machine, you are probably going to have issues with viewing the livestream. That being said, Cult of Mac notes that Windows machines with Quicktime 7 should be able to see the keynote. 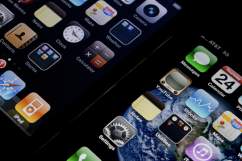