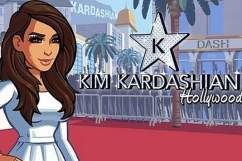 In November 2013, Glu Mobile announced its partnership with Kim Kardashian on a new game that would use Kim Karashian’s voice and likeness. Earlier this week, the company released Kim Kardashian: Hollywood on iOS and Android platforms.

On June 25, Glu Mobile Inc., a leading publisher for mobile games, released Kim Kardashian: Hollywood on the App Store and Google Play. Kim Kardashian West expressed her excitement for the game’s release on her website and on her Twitter account.

“I’m so excited to launch this game and offer my fans a fun way to experience a piece of my life,” said Kim Kardashian West. “So much of this game – from the outfits to hairstyles to accessories – are all inspired by looks that I love and hand selected. We were able to record and include so much of my natural commentary throughout the gameplay.”

In Kim Kardashian: Hollywood, Kim Kardashian will guide players’ on their journey to stardom in Hollywood. Players will start off as a clothing store fashion consultant and work their way up and join some of the hottest celebrities on the red carpet. By completing tasks, players will be given new career opportunities, and see what its like to be followed by the paparazzi.

3. In the Game, to Stay Famous, Players Need to Complete Various Projects

From photo shoots to promotional gigs, players will need to make sure they do a great job on each project, otherwise people will lose interest. Players can also increase their stardom by dating other celebrities.

I'm so mad at myself for being addicted to this Kim Kardashian Hollywood game.

Kim Kardashian: Hollywood – iOS / Android – HD (Sneak Peek) Gameplay TrailerKim Kardashian: Hollywood by Glu Games Inc. (iOS / Android) Join KIM KARDASHIAN on a red carpet adventure in Kim Kardashian: Hollywood! Create your own aspiring celebrity and rise to fame and fortune! ⋆ CREATE YOUR OWN STAR and customize your look with hundreds of style options, including Kim Kardashian's personal picks! ⋆ STAR in a huge interactive adventure as you encounter other celebs, dedicated fans, persistent paparazzi… and even hang out with Kim herself! ⋆ RULE THE RED CARPET as an A-list movie actor, cover model, fashion designer and more — what you do is up to you! ⋆ TAKE OVER L.A. in a virtual world complete with exclusive clubs, upscale boutiques, and luxury homes! Travel to New York City and Miami! ⋆ DATE AND DUMP CELEBS at the best parties and hottest clubs! Flirt and become the next huge celebrity power-couple! ⋆ BRING YOUR FRIENDS ALONG FOR THE RIDE using Game Center and Facebook — help each other rise to fame, compare styles, send gifts, and see who can be the biggest star! FOLLOW US: facebook.com/KimKardashianGame facebook.com/GluMobile Twitter @StarNews_Ray Twitter @GluMobile *** Kim Kardashian: Hollywood requires an iPhone 3GS, iPod Third Generation, iPad or later device to run *** © 2014 Glu Mobile Inc. All Rights Reserved. Kim Kardashian: Hollywood, TM and © 2014 Kimsaprincess, Inc. All rights reserved. Kim Kardashian, Dash and Kardashian Kollection and all related designs, stylizations and images are trademarks and copyrights owned by, in part or whole, by Kimsaprincess, Inc. and used under license herein. *** Kim Kardashian: Hollywood is free to play. Players can purchase additional items for real money, or earn them through special offers. Please adjust your device settings if you wish to lock out the ability to purchase in-game content *** iTunes Store Page: TBA Google Play: TBA Homepage: http://kimkardashian.celebuzz.com/ http://www.glu.com/ Facebook: https://www.facebook.com/KimKardashian Twitter: https://twitter.com/kimkardashian2014-06-06T04:49:51.000Z

If you haven’t seen the trailer for Kim Kardashian: Hollywood, you can check it out here. The star released her video game trailer on June 18th on her Instagram. What do you think of the trailer? Will you be playing her new game? 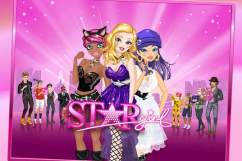