Apple has surprised Mac fans by releasing its cheapest iMac ever. If you’re in the market for a new computer, there’s a lot to like about this iMac, beyond the low price. Here’s what you need to know.

Learn more about the new iMac in the video above.

The new iMac boasts a smaller screen than the other iMac in the Apple line. As a basis for comparison, the larger 27-inch iMac costs $1,799. For Apple fans who don’t mind a smaller monitor, this a way to potentially save hundreds of dollars.

CNET notes that the last time the iMac line got a refresh was 2013, though the form factor has been basically the same since 2012. CNET writes:

“The design of the iMac all-in-one desktop computer has been the same since September 2012. And the last time the iMac got any kind of iMakeover was back in September 2013, which added the Haswell chip, Nvidia’s graphics processors, and 802.11ac Wi-Fi.”

The new iMac has a 21.5-inch screen. You can see how the screen stacks up against the 27-inch version of the iMac in the image above.

The screen size isn’t the only thing that’s reduced in this new iMac. Some of the specs are a bit lower than the 27-inch model, though they are still quite decent.

However, it’s not all bad news, as 9to5Mac points out:

“The cheaper iMac features a 1.4 GHz dual-core i5 CPU, which represents a significant worsening in performance over the previous base model of iMac, which featured a processor clocked at 2.7 GHz. The CPU does Turbo Boost up to 2.7 GHz however, which does make up some of the difference.”

3. Cheap iMac Is Lowest-Priced iMac Ever Released By Apple

The tweet above seems to suggest that Apple was motivated to introduce a cheaper iMac in order to boost sales.

Mashable notes that the new iMac is Apple’s “lowest-priced model to date.” With a new version of OS X due out this fall, it seems likely that Apple dropped prices to encourage new Mac users into the fold.

Apple’s website says that new iMac will ship within 24 hours. For Mac fans who are willing to pull the trigger today, a new iMac might show up at their doorstep by the end of the week.

5. iMac Launch May Have Been Timed to ‘Steal Amazon’s Thunder’

Check out a teaser video Amazon released prior to the launch event for Amazon’s upcoming smartphone. The Amazon phone launch will take place later today. Click here for more info.

“The timing of the tiny launch is notable, because today is also the day that Amazon will breach a new hardware category — mobile phones — one where Apple is one of two clear leaders (the other being Samsung). Coincidence or an effort to steal a little bit of Amazon’s thunder? You be the judge.”

Regardless of the reasons behind Apple’s timing, the fact remains that Apple has lowered its price on a solid computer. This may encourage Windows users to switch to a Mac, or may encourage existing Mac users to upgrade from their old Apple machine. 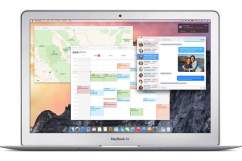 Read More
Apple, iMac, Shopping, Technology
Apple released its cheapest iMac ever. If you're in the market for a new computer, there's a lot to like about this iMac, beyond the low price.