The Galaxy Note 3, pictured above, is about to become obsolete. Samsung‘s upcoming Galaxy Note 4 has Android fans drooling. Here’s what we know so far about the new Note.

CNET writes that the Samsung Galaxy Note 4 is expected to make its debut at Berlin IFA, which starts on September 5. However, there is a possibility Samsung will hold an Unpacked event just before IFA which centers on the Note 4 device.

2. Samsung Galaxy Note 4 May Have Curved Display, Be Available in 2 Variants

The video above compares the rumors about the Note 4 and the iPhone 6.

According to CNET, the Note 4 is expected to have a curved display…at least, in one version of the device:

“Samsung is alleged to have two versions of the Galaxy Note 4 on deck. One model, aimed at mass market adoption, should employ the usual flat screen, while a more niche version will feature a curved OLED display.”

TechRadar‘s rundown of all the Galaxy Note 4 rumors lists some impressive specs. The 5.9-inch display is rumored to be PLS LCD, rather than a super AMOLED screen.

Additional rumored specs include 4GB RAM, a 16 MP or 20MP camera sensor, and a quad HD display (aka 2K display.) It is also rumored to be waterproof or water resistant.

All of those nice specs mean this phablet is likely to cost more than the Samsung Galaxy S5. TechRadar pegs the device’s off-contract price at around $800.

The video above talks about the hype surrounding the Note 4.

Interesting features of the rumored Note 4 device include a new level of S Pen functionality, which would let users write devices on the screen to open apps or make calls. A person could write “call mom” on the screen to call their mother, for example.

“In addition to the Galaxy S5 sensors, it will also add a UV sensor, presumably so that the S Health app can track your sun exposure.”

The Galaxy Note 4 could have a three-sided wraparound screen. No, seriously http://t.co/Jhvnj7xiRc pic.twitter.com/hNZfJwfGSE

PC Advisor notes that the Galaxy Note 4 may have a “three-sided” display. This would allow messages to be read from an angle. In an interview with Bloomberg, Samsung’s executive VP of mobile Lee Young Hee told reporters that the Note 4 will be aimed at those with deep pocketbooks. Lee said:

“We are targeting consumers who want more professional use and tend to be willing to pay more for handsets.” 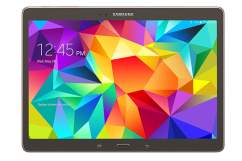