HTC is reportedly releasing a Windows Phone version of their popular One (M8) smartphone. The phone could hit store shelves next month. Here’s what you need to know.

1. HTC’s Windows Version of the HTC One M8 Expected Next Month

The same report from the Verge notes that there are a number of new Windows Phones coming down the pipeline, including a phone code-named “Tesla.” That phone boasts a PureView camera, and will likely be marketed as the successor to the Nokia Lumia 720. 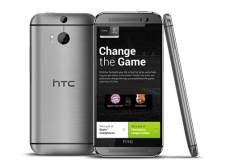 2. HTC One M8 Sales Have Been Sluggish

Check out the Android Central clip above to learn more about the HTC One M8’s sales.

In May, Pocketnow reported that HTC’s revenue figures were down:

“The One M8 launched in very late March, immediately going up for sale. As such, April gave us our first whole month of M8 sales figures to look at, with revenues of about $734M. By May, though, things were already cooling off, and HTC only brought in revenues of $700M…

We’re also a bit concerned looking at HTC’s year-over-year performance; May 2014 saw revenues down over 27% from May 2013, the first full month of original HTC One sales.”

Earlier this month, CNET referred to the HTC One M8’s sales as “fading,” adding that HTC is going to face even more competition in the smartphone arena as the year progresses.

With soft sales, it is not surprising that HTC is hoping to reach more users by creating a Windows Phone version of their flagship smartphone.

3. HTC One M8 for Windows Expected to Have Windows Phone 8.1 Update 1

Check out the video above to learn more about the features in Windows Phones, including recent updates.

The HTC One M8 Windows Phone variant will “likely” ship with the Windows Phone 8.1 Update 1 already installed. According to the Verge, the “One (M8) for Window,” will feature with BoomSound speakers and Duo cameras. 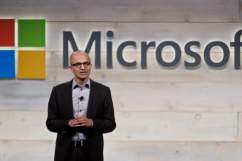 4. The Windows HTC One M8 Will Support the Dot View Case

The Verge also reports that the Dot View case loved by so many HTC One M8 fans will be available for the Windows Phone version as well. The Verge notes that Microsoft recently introduced new smart cover support.

In our rundown of the top five best cases for the HTC One M8, we noted that the Dot View case was great because of its ability to deliver notifications. It also looks really cool, with a retro feel that is appealing to some buyers. 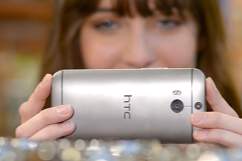 5. HTC’s One M8 for Windows Could Be a Gamechanger

Windows Phone market share in the US not growing http://t.co/4GR0smXlQs while HTC has become profitable with the M8 http://t.co/MLOkRs360u

By branching out into Windows Phones, HTC could find a new audience for their products. Additionally, bringing such a well-reviewed phone to a Windows audience could lend credibility to a segment of the smartphone market that often goes ignored by consumers.

“While it may seem strange that HTC would release the exact same device on two different platforms, the company really doesn’t have much to lose by doing so. 2014 has been a very slow year when it comes to high-end Windows Phones and a Windows Phone version of the One (M8) might be something that appeals to Windows Phone fans who are eager to have top-of-the-line hardware. And now that sales of the Android version of the One (M8) are reportedly slowing, HTC might as well try its hand at releasing the device on a different platform to see if it can help pick things up.”