Is this the next version of the Moto G? http://t.co/YiXamhWC5f pic.twitter.com/BfKyM2cacA

The image above showcases what appears to be a leaked photo of the Moto G2, Motorola’s followup to their much-loved Moto G smartphone. Here’s what you need to know about the G2.

Above, you can see an image of the current Moto G.

However, SlashGear believes the Moto G2 will be available later this year, or perhaps in early 2015.

Check out a review of the original Moto G in the video above.

The Moto G line isn’t the most premium offering, but is designed to provide an affordable handset that offers a smooth user experience. BGR notes the Moto G2 specs include “a quad-core Snapdragon 400 processor, a 720p display with a pixel density of 320 pixels per inch, dual SIM support and an 8-megapixel rear camera.”

Check out the audio clip above for some recent Moto G news.

While it is too early to know exactly what the new Moto G2 will cost, some bloggers are already speculating that the Moto G2 will be priced lower than the Moto G. Android Beat writes:

“As for pricing, nothing is known, though it wouldn’t be at all surprising if Motorola launches the Moto G2 for a price lower than the $179 price tag of the original.”

4. The Original Moto G Was a Big Seller

Above, CEO of Motorola Mobility Dennis Woodside introduces the Moto G on November 13, 2013.

Android Authority reports that the original Moto G was the best-selling phone in the company’s history, and was particularly popular in India.

While precise numbers were not revealed in the report, it was stated that Motorola’s Moto G phone “far exceeded” initial expectations. With so many people already owning a Moto G and looking to upgrade, it is possible that the Moto G2 will also perform well when it is released.

You can see a comparison of the Moto E and Moto G in the video above.

Phandroid, along with many other tech blogs, have noted that the leaked image of the Moto G2 looks a lot like the Moto E. Phandroid notes:

“The rest of the device reveals a design language akin to what we got on the Moto E — it’s rather conservative and ordinary, but does include front-facing speaker grills. It’s not meant to be flashy, but it should look good enough that anyone who wants one won’t feel bad to carry one.” 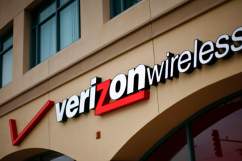