Venture Capitalist Tim Draper has won 30,000 Bitcoin in a government auction. Read on to learn what Draper plans to do with the Bitcoin cache the government seized from the Silk Road.

Draper’s winnings consisted of approximately 30,000 Bitcoin (or 29,656 Bitcoin, to be precise). Altogether, his auction winnings are worth a staggering $1,9088,677.52 in US dollars, according to the Bitcoin value calculator at Coindesk. (Value calculated June 3, after a slight bump in Bitcoin value attributed to the headline-making auction.)

The Bitcoin bought by Tim Draper at auction were seized from Silk Road, an online marketplace that has been linked to drug sales.

Forbes reports that Draper is keeping mum about how much he paid at auction. According to MarketWatch, the auction netted $18 million for the U.S. Marshal’s Service, who ran the sale.

The New York Times reports that Draper already has plans for how to use his Bitcoin winnings. Draper will reportedly partner with a Bitcoin exchange called Vaurum. In a statement, Draper said:

“Bitcoin frees people from trying to operate in a modern market economy with weak currencies. With the help of Vaurum and this newly purchased bitcoin, we expect to be able to create new services that can provide liquidity and confidence to markets that have been hamstrung by weak currencies. Of course, no one is totally secure in holding their own country’s currency. We want to enable people to hold and trade Bitcoin to secure themselves against weakening currencies.”

Vaurum CEO Avish Bhama adds that Draper’s Bitcoin winnings will help to bring Bitcoin to developing economies where it is needed the most.

3. Tim Draper Is a Venture Capitalist

According to Draper’s entry on Wikipedia, he is an alumus of both Harvard and Stanford. As a venture capitalist, Tim Draper has invested in companies like Skype, Hotmail, and Tesla.

4. Draper’s Son Is a Big Name in Bitcoin

Coindesk notes that Tim Draper’s son Adam is a known name in the Bitcoin community:

“Adam Draper, is heavily involved in the bitcoin space as a VC, and was notably an early investor in California-based bitcoin financial services provider Coinbase, one of the most establish bitcoin businesses in the US.

Adam Draper has since launched an ambitious plan to fund 100 bitcoin startups over the next three years.”

Coindesk adds that Tim Draper is a third-generation venture capitalist

In the video above, Draper talks about his “SixCalifornias” initiative.

In February of this year, Draper was involved with an initiative to split the state of California into six separate, smaller states. According to ABC News, Draper believes that breaking the state into smaller pieces would provide value to citizens. He told ABC News:

“California as it is is ungovernable. It is more and more difficult for Sacramento to keep up with the social issues from the various regions of California. With six Californias, people will be closer to their state governments, and states can get a refresh.” 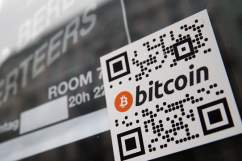