With unique 3D screen capabilities, the Amazon Fire Phone is particularly appealing to gamers. These games make the most of the Fire Phone’s unique specs.

Check out the official To-Fu Fury release trailer above.

The Verge specifically mentions To-Fu Fury in their review of the Fire Phone, calling the game “an awesomely immersive experience…making you feel like you’re actually inside a level.”

In To-Fu Fury, you play as a block of Tofu on a rescue mission. To-Fu Fury is a sequel to the iOS game To-Fu: The Trials of Chi.

To-Fu Fury is an Amazon Fire Phone exclusive, so you can enjoy lording your new game over the rest of your friends. Calling To-Fu Fury the Fire Phone’s “killer app” might be a step too far, but it is definitely one of the highlights of Fire Phone ownership.

Learn more about this app in the video above.

Rubik’s Cube, developed by Magmic, lets you solve a Rubik’s Cube in a way that only the Fire Phone can do. You can move the cube with your hands, or move your eyes to see the other sides of the cube. If you want to pause the game, you only have to look away. If you love classic puzzles like the Rubik’s Cube, this may be the most fun version of the classic puzzle available on mobile.

Check out the official launch trailer for this game above.

Set in a steampunk universe filled with cloud cities, Saber’s Edge is a strategic match-3 puzzler. Another game that is only available on the Fire Phone, Saber’s Edge brings a new dimension to traditional match-3 gameplay. In other words, this game might just replace Candy Crush as your matching game of choice. 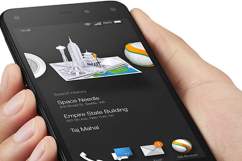 Singled out in Business Insider‘s review of the Fire Phone, Snow Spin is a cute game set in a winter wonderland. You must snowboard across this vast expanse, collecting broken parts of your plane. You can rebuild your plane and escape, but only with a lot of skill and determination. This game is fast-paced and fun, especially on the Fire Phone. 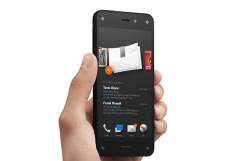 In their review of the Fire Phone, Gizmodo had some tough words for the Fire Phone’s use of dynamic perspective, but some nice things to say about Planet Puzzles in particular:

“The technique is used to greater effect in some of the games that support it. It’s at its best in games like Planet Puzzles, in which you rotate 3D Rubiks Cube-esque puzzle cuboids to see and interact with their different sides.”

If you’re looking for a new twist on puzzle cubes, this creative game lets you bring a barren world back to life. This aspect of the game makes it more addictive than other puzzles. 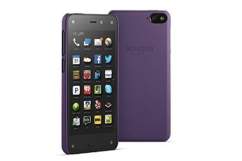