With the LG G3 now on sale, happy G3 owners are starting to stock their new phone with apps that take advantage of the G3’s unique specs and features. If you just picked up a LG G3, here are the must-have apps you should grab.

Check out SlashGear’s hands-on video with Fleksy above.

The LG G3’s native keyboard is nothing to sneeze at. The G3’s smart keyboard has a ton of great features, including emoji suggestion and bilingual word selection. That being said, some users prefer Fleksy Keyboard to LG’s native keyboard offering.

Fun fact: The official Guinness World Record for fastest typing on a smartphone was broken with Fleksy on May 2014.

Photoshop is one of the most respected names in photo editing, so the mobile version of Photoshop is definitely worth checking out. The gorgeous screen and quality camera on the LG G3 make mobile photo editing more appealing than ever before.

Some features that make Photoshop Touch really useful include Camera Fill, which lets you use your device’s camera to fill an area on a layer of the photo. Photoshop Touch projects can be synced with your desktop, allowing you to start an edit on mobile and finish it on your computer.

Check out the video above to see how easy it is to set up Bunting.

If you’ve also picked up an LG G Watch, you can enjoy all kinds of cool Android Wear apps with your G3. One of the most promising of this new crop of Android Wear apps is Bunting, a voice-enabled Twitter client. Just talk into your Android Wear watch, and you can compose a tweet (even one with hashtags.) If you want to talk into your wristwatch like David Hasselhoff in Knight Rider, this app can make it happen.

Check out the official promo video for Plex on Android in the video above.

Users can compile a list of movies, TV shows, or create personal videos that they can watch with friends or family members. If you love streaming media but need a better way to stay organized, this app is a must-have.

If you broke the bank when you bought your new LG G3, there’s an app that can help make the phone pay for itself. Fronto is a lockscreen app that lets you earn points for completing certain tasks, such as reading an article, following someone on social media, or downloading a game.

Swiping right will bring you right to your home screen. Swiping left will take you to a mobile webpage, or to Google Play, depending on the type of content shown on your lock screen. It’s a cool way to earn a little extra cash, and stay current on news, entertainment, celebs, and tech. You could use that cash to save up for some cool LG G3 accessories, or even a new case to protect your investment. 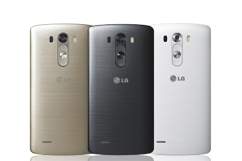