Looking for a great RPG to play on your mobile device? We love these five amazing RPG titles for iPhone and Android. Some are mobile ports of older console titles, while other games were designed to make the most of a mobile experience.

Check out the AppSpy video above to get a look at how this game transitioned to mobile.

Given Square Enix’s recent crop of appalling bad mobile RPGs, it can be refreshing to have a look at the company’s older RPGs. Originally released way back in 1994, Final Fantasy 6 is one of those RPGs that has truly passed the test of time. With a great blend of fight mechanics, story, and characters, this JRPG is a true classic. Don’t let the old school graphics fool you: this is balanced, nuanced tale. 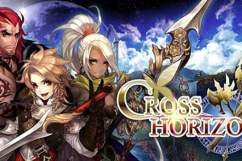 Knights of Pen & Paper blends the best aspects of table-top RPG gaming and mobile RPG gaming. Touch Arcade gave Knights of Pen & Paper 4/5 stars when it originally launched, but the game has improved tremendously since its initial release with the debut of the “+1 Edition.” While the story may seem shallow at times, this mobile title stands out because of solid campaign mechanics and top-notch RPG references in the script.

Get a sense of the creepy atmosphere in Zombies, Run! by watching the video above from App Advice Daily.

Zombies, Run! may not be the sort of game that comes to mind when you think of an RPG. Nevertheless, this fitness game has all the elements of a classic RPG: quests, leveling up, resource allocation, and a gripping storyline where you need to do your part to save the world. If you want an RPG experience that’s outside of the box, this is it.

Zombies, Run! is part audiobook and part fitness app, and the vocal cast puts the average RPG voice cast to shame. As you run in the real world, the app tracks your running stats, while also immersing you in a fantastic story about the zombie apocalypse.

During each run, you can collect resources. These, in turn, can be used to level up your base. The coolest function of the app is “Zombie Chases,” which forces you to put on a burst of speed or risk getting “eaten” during a mission. If you want an RPG experience that will also help you get fit, Zombies, Run! is a solid choice.

Brave Frontier is a wildly popular mobile RPG. It has great depth in terms of the number of party members, arena battles, loot, and multiplayer raids. Players must enter Grand Gaia, the world of the gods, and unleash Summoner powers. The ultimate goal: defeat the fallen god Maxwell. If you’re the kind of RPG fan who loves a good PvP bout, Brave Frontier will definitely deliver on that front.

You can get some tips to beat Brave Frontier in this handy guide.