Chinese tech giant Xiaomi is in the news after releasing a fitness tracker wristband that costs just $13. While this company is huge in Asia, consumers in the West are only just starting to get acquainted with Xiaomi’s offerings.

New to the brand? Here’s what you need to know about Xiaomi.

“Xiaomi” is pronounced “shiow-me,” and literally means “little rice.” The Xiaomi brand produces smartphones, wristband fitness trackers, and TV sets. The electronics produced by Xiaomi are low-cost, but with a premium feel. The BBC reports that the company has only been around for four years, but has already developed a huge following in Asia. To date, the company has sold 57.4 million smartphones. 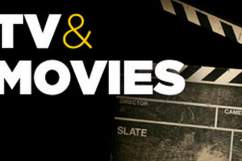 Part of Xiaomi’s appeal is their bargain prices. Their Mi Band fitness tracker retails for just $13, while the company’s 47-inch 3D smart TV costs under $500. The Xiaomi Redmi phone, which runs Android 4.2, has 1GB of RAM, and a rear camera of 8MP, can be purchased for under $170.

3. Xiaomi Is Taking a Bite Out of Samsung’s Profits

Get a closer look at Xiaomi’s Mi 4 smartphone in the video above.

The BBC reports that Xiaomi’s success has taken a cut of Samsung’s expected profits:

“Earlier this month, Samsung Electronics forecast a drop in profits due, in part, to “increased competition” from Xiaomi and other rivals in China. The South Korean firm cut the pay of its top executives as a result.

Market research firm Canalys recently ranked it as the world’s sixth-largest smartphone vendor and China’s third-biggest, after Samsung and Lenovo.”

But in order to keep up profits, Xiaomi will need to continue to have aggressive growth: TechCrunch notes that Xiaomi only makes about 10 percent profit on each handset they sell. 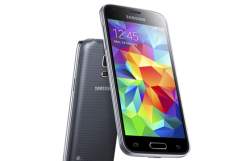 Back in 2013, Xiaomi “poached” a former VP at Google, Huge Barra. Xiaomi’s ability to lure Barra away from Google was seen as something of a coup in the tech world. Barra is pictured above at a Xiaomi phone launch in September of 2013.

Here’s an excerpt from Barra’s G+ update about his move to Xiaomi:

“After nearly 5½ years at Google and almost 3 years as a member of the Android team — the most amazing group of people I’ve ever worked with in my life — I have decided to start a new career chapter.

In a few weeks, I’ll be joining the Xiaomi team in China to help them expand their incredible product portfolio and business globally — as Vice President, Xiaomi Global. I’m really looking forward to this new challenge, and am particularly excited about the opportunity to continue to help drive the Android ecosystem.”

5. Xiaomi Products Are Available in the US

Xiaomi may not be the first brand that comes to mind when you think of TVs or smartphones, but that might change as Xiaomi continues to expand its global reach. Xiaomi smartphones and accessories are already on sale through Amazon. Xiaomi is already planning a group of brick and mortar stores in China, and it’s not inconceivable the company could open stores in the West at some point in the future.

CNET notes that the Xiaomi Mi 3 smartphone is only available in Asia, but but the 3G phone will work globally if you can import one.