Indeed, what more can one say? #Apple #keynote #iPhone pic.twitter.com/i5xlL0BGPP

The Verge is reporting that Apple has officially confirmed the date of the next keynote. Rumors of the September 9 keynote date surfaced earlier this month, but it is only today that Apple has confirmed these plans. The event will be livestreamed on the Apple website. It will presumably also be available to watch through your Apple TV or other Apple-made device, as was the case with this year’s WWDC keynote.

The rumor mill surrounding the keynote suggests we can expect at least one version of the iPhone 6 (which will likely be available in two sizes). We might also see some new features in iOS 8 and OS X. And if we’re really lucky, Apple will finally enter the wearables fray with their much-anticipated iWatch. That iWatch could cost you as much as $400, based on a report from 9to5Mac. It’s possible that there will be a range of iWatches or iWearables, which will have a variety of price points.

The official Apple confirmation of this event has triggered an outpouring of Twitter emotions, as you can see below.

There are no clues on the invite to the apple keynote this time? hum…

Only if I was cool enough to go to the Apple keynote. #knows #he #wont #get #a #invite @tim_cook

“Wish we could say more” is an interesting title for an Apple keynote now as almost all info is leaked prior to it anyway.

The keynote will likely be streamed online, and should be easy to view via your Apple TV, or on Apple’s website. Want all the juicy details about what Apple is planning for this keynote event? Check out our article on the iPhone 6 keynote. 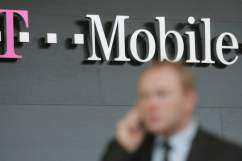