The new BlackBerry Passport may just be the phone that reverses BlackBerry’s downward spiral. This wider phone is being targeted towards professionals who need a big screen to review documents and images. Here’s what you need to know about the new, ultra-wide BlackBerry Passport smartphone.

1. The BlackBerry Passport Was Revealed on September 24

OMG #BlackBerry #Passport I want it. I really do. pic.twitter.com/6WcU52BLFn

The newest smartphone from BlackBerry will be called the Passport, and it is got its official debut at a BlackBerry event that was livestreamed from Toronto on September 24. BlackBerry Passport is a member of the BlackBerry 10 line. BGR reports that the phone will cost $599, and is available now. 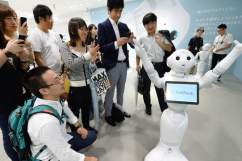 2014’s Coolest Robots: The Photos You Need to See

2. The BlackBerry Passport Isn’t the Only New Phone From BlackBerry This Year

Get a sneak peek at this phone in the video above.

BGR adds that BlackBerry has another new phone in the pipeline for this year. The other phone what BGR refers to as the “peculiar and less boxy Porsche Design BlackBerry ‘Khan’ P’9983.” Pocket Lint writes:

“The Porsche Design P’9983 will feature a 3.5-inch touchscreen display. The smartphone will be powered by a 1.7GHz dual-core CPU back by an impressive 3GB of RAM for a good battery life to power balance. The phone will come with 64GB of storage onboard, though further expansion was not mentioned.

While the P’9983 won’t have a capacitive keyboard like the Passport it will have a blend of its styled buttons and those found on the Q10.”

3. The Wide Display on the Passport Is Arguably the Best Feature

The wide, squat design of the Passport is eye-catching, and it definitely sets itself apart. The wide screen gives users a phablet-like experience, but because the phone is just 4.5 inches, it doesn’t feel as unwieldy in smaller hands as a big phablet. Digital Spy has a rundown on the Passport’s specs:

“The compact device is said to include a 2.2GHz quad-core Snapdragon 800 processor and 3GB of RAM under the bonnet, and come with 32GB of storage and microSD support.

Other features listed include a 13-megapixel rear camera with Optical Image Stabilisation, an LED flash and 1080p 60FPS video recording, a 2-megapixel front snapper, a physical qwerty keyboard and a 3450mAh battery.” 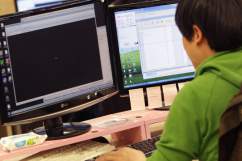 Stay up to date on the latest info for the #BlackBerry #Passport by pre-registering here: http://t.co/pWKL6TQlyq pic.twitter.com/tLiyUz5jAi

Passport has been rumored for a while, but you might have heard those rumors attached to the Passport phone’s code name, which is Windermere. PC Pro notes that this year’s BlackBerry line is designed to appeal to four main segments of consumers:

“‘Affordable’ devices for ambitious youngsters in the corporate office; ‘classic’ devices for older, traditional BlackBerry customers, such as the Q20; ‘innovative’ for younger execs, and ‘prestige’ for ‘extravagant’ individuals who like their phones to be designed by Porsche.”

Windermere/Passport is the phone that’s supposed to appeal to the “innovative” customer base. 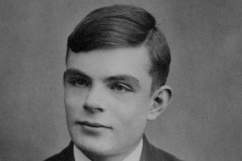 5. BlackBerry Needs a Big Win to Regain Its Footing

BlackBerry has been losing market share for years, and the company needs a great new smartphone to win back old customers. CNET notes that BlackBerry has an uphill battle to fight:

“[BlackBerry has ceded] virtually all of its market share over the last five years to Apple’s iPhone and to Android smartphones. Since then, it has sunk into the status of an also-ran, and was lumped earlier this month into the ‘Others’ category in a Counterpoint Research study on US smartphone and handset shipments.”

Some tech insiders think the Passport may just have what it takes to bring back the brand back into the public eye. Fortune has referred to the Passport as a “silver bullet” for the company.

Fortune quotes Ramon Llamas, an analyst for the market research firm IDC, who has some thoughts about the new phone:

“Passport won’t get confused with previous BlackBerry models like the Bold and Q10, and the large screen keeps BlackBerry in pace with the competition.”