Facebook is making some changes to its News Feed system, which means a crackdown on stories and links that are “click-bait.” Here’s what you need to know.

1. Facebook Has Made News Feed Changes to ‘Weed Out’ Click-Bait

In a post on the Facebook Newsroom, Facebook’s Khalid El-Arini and Joyce Tang laid out some of the changes to the News Feed system. These changes are designed to “weed out” click-bait headlines and “spammy” stories. Here’s an excerpt from their post:

“‘Click-baiting’ is when a publisher posts a link with a headline that encourages people to click to see more, without telling them much information about what they will see. Posts like these tend to get a lot of clicks, which means that these posts get shown to more people, and get shown higher up in News Feed…

When we asked people in an initial survey what type of content they preferred to see in their News Feeds, 80% of the time people preferred headlines that helped them decide if they wanted to read the full article before they had to click through.

Over time, stories with “click-bait” headlines can drown out content from friends and Pages that people really care about.”

14-year-old girl stabbed her little sister 40 times, police say. The reason why will shock you. http://t.co/5ZFqHFrviw

Plenty of people hate click-bait, and yet the practice is fairly widespread. Even a big organization like CNN has succumbed to the lure of click-bait, and gotten slammed for it. Earlier this year, sites like the Daily Dot called out CNN for using click-bait-style headlines to cover stories about rape and child murder. One example is above, and you can see another below.

What state has highest rate of rape in the country? It may surprise you. http://t.co/uYm3NqoLU5

3. Facebook Has Made Another Change to the News Feed

Facebook‘s recent news post about changes to its News Feed outlines two main changes. The first is a change that will reduce the visibility of click-bait links. The second change will “help people see links shared on Facebook in the best format.”

What Facebook means by this is a change to prioritize links in “link-format” over links that are shared in photo captions or in status updates. Here’s some additional info from Facebook about the change:

With this update, we will prioritize showing links in the link-format, and show fewer links shared in captions or status updates…

The best way to share a link after these updates will be to use the link format. In our studies, these posts have received twice as many clicks compared to links embedded in photo captions.” 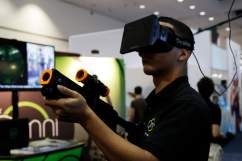 How to Get an Oculus Rift Bug Bounty From Facebook

Clickbait. RT @Recode: You’ll Never Guess What Facebook is Cracking Down On Now

Jake Beckman, who runs the “Saved You A Click” account, explained to VICE why he hates click-bait:

“It’s not that headlines with questions are always OK—sometimes they’re legitimate, and sometimes they’re not. What I’m targeting, though, are the tweets: how these articles are positioned on social media in an attempt to score easy traffic.”

Another online presence that makes light of click-bait is The ClickHole, an Onion Parody site. You can see one of their tweets below.

This man murdered someone's child. What that child's parents did in return may shock you http://t.co/7JBJa2TpbT pic.twitter.com/hYwggwIl4N 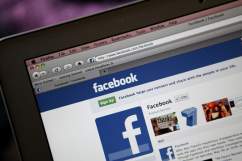 5. Click-Bait Is Not Illegal

Check out the Onion video above, entitled “The Onion Refuses To Cover The Click Bait That Is The Federal Reserve Chairman Nomination Process.”

Click-bait is not illegal, but it does annoy a lot of people. That being said, there are some who argue that click-bait could be made illegal. Larry Burriss of the Murfreesboro Post notes that click-baiting has something in common with an illegal advertising practice:

“In the advertising world it’s called ‘bait and switch,’ and it’s illegal. Bait-and-switch happens when a store advertises a particular item for sale, but when you try to make a purchase you’re told the item is no longer available, but there is a similar item you can buy, for, of course, more money.

In the Internet world this kind of thing is called ‘clickbait,’ and it happens when a news or other headline tell you one thing, but then never delivers on the promise. It’s not really a scam, because no one is really hurt.”

ZDNet notes that marketers are going to need new strategies with Facebook’s recent News Feed change. In the coming weeks, it’s going to be much harder for marketers to use click-bait techniques to generate clicks through Facebook sharing.