LG is expected to debut two new variants of its flagship G3 smartphone at the Berlin IFA next month. The two new phones are called the LG G3 Stylus and the LG G3 Prime, also being touted as the LG G3 Beat in some markets. Here’s what you need to know about these new phones.

The picture above was taken at LG’s TV booth at last year’s IFA in Berlin.

PC Advisor reports that the LG G3 Prime and G3 Stylus are tipped to debut at Berlin IFA, which starts in early September. A number of other new phones are expected to debut at IFA, including the Xperia Z3 from Sony and the Galaxy Note 4 from Samsung. 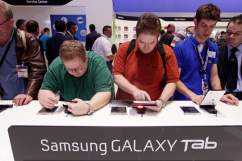 2. The Phones Were Spotted in a LG Promo Video

Android Police notes that the two phones were spotted in a LG promo video, which has since been removed from YouTube. As you can see in the tweet above, the G3 Beat is a bit squat compared to the regular G3. The G3 Stylus comes bundled with, unsurprisingly, a stylus. It is expected to be a direct competitor to Samsung’s upcoming Galaxy Note 4.

3. Phablet Sales Are Expected to Grow in the Coming Years

Phablet sales are growing and Apple is missing out, warns Canalys http://t.co/WfNR1aYLhS

It makes sense that LG would be interested in getting a piece of the “phablet” market with a device like the G3 Stylus. BGR reports that sales of phablet phones are expected to keep on growing, eventually overtaking total tablet shipments by 2017.

A leak last month may have revealed that the G3 Stylus won’t have an amazing screen. Phone Arena previously reported that the G3 Stylus would have a screen resolution of just 540 x 960. This might not be a bad thing, however, as the lower screen quality could mean a lower price. The price tag might make this phabley appealing to users who can’t afford a Samsung Galaxy Note.

LG is feeling the pressure to do well with their next round of phone releases. NDTV recently reported that LG was overtaken by Chinese tech giant Xiaomi, in terms of market share. Xiaomi is ranked fifth in terms of global smartphone sales, with LG at the sixth position. 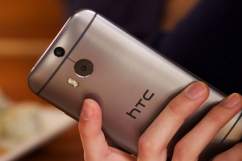