Lizard Squad hackers have pulled off an increasingly disturbing number of hacks. Read on to learn who might be behind Lizard Squad, and what sites have been affected.

Want #twitch back up? Tweet us a picture with "lizard squad" written on your forehead with a sharpie.

Lizard Squad hackers have been responsible for a number of high-profile hacks over the past few weeks, including Twitch, the PlayStation Network, Battle.net and League of Legends. ABC News adds that the group has been linked to a bomb threat:

“The group also tweeted that explosives were on board an American Airlines flight carrying Sony Online Entertainment president John Smedley, prompting an emergency landing in Phoenix…

Sony, which was impacted by both the PlayStation hack and the diversion of Smedley’s plane, told Game Zone in a statement that the FBI is handling the case.”

In the case of the Twitch attack, the hackers called out popular Twitch streamers/YouTubers to write “Lizard Squad” on their heads. Once enough people had done this, Lizard Squad backed down.

2. The FBI Is Investigating Lizard Squad

We have some plans, stay tuned.

Nobody knows what site Lizard Squad will attack next. Forbes writes that the FBI is investigating Lizard Squad’s actions. However, the investigation has yet to unmask the people behind these recent hacks. Paul Tassi of Forbes explains the challenges the FBI will face in their pursuit of the Lizard Squad hackers:

“These investigations take time, even for the FBI. If I had to guess, judging by the group’s braggadocio about not fearing the Feds, and constant references to 9/11 and ISIS, they are not based in the US. They might not be in Iraq, as they claim, but if they’re abroad anywhere, obviously that complicates things. The US government would have to collaborate with other countries to see them caught, which would take more time than if they were simply able to handle things entirely as a domestic matter.” 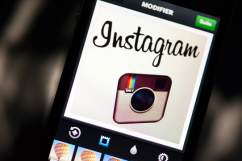 The tweet above seems to suggest that Lizard Squad supports ISIS to some extent. Know Your Meme, which has an excellent timeline of the Lizard Squad attacks, notes that the hackers have also tweeted about “Kuffar.” In a tweet sent on the same day as the tweet above, Lizard Squad stated that “Kuffar” (non-muslims) would not be able to play online games until the bombing of the Islamic State had ceased.

4. The Identity of Lizard Squad May Have Been Discovered

Anyone consider @LizardSquad is a bunch of moms with "mad DDOS skillz" trying to force kids off video games and outside as summer ends?

It is not clear how many people are a part of Lizard Squad. In fact, we know very little about them, other than the possibility that they are based in Iraq. According to GameZone, Lizard Squad’s Twitter account was briefly suspended. However, “seeing as how they weren’t technically breaking any of Twitter’s Terms of Service,” GameZone notes that Lizard Squad got their account back about a day after being suspended. As of this writing, Lizard Squad has over 50,000 followers on Twitter.

According to IncGamers.com, some of the members of Lizard Squad may have been apprehended, but confirmation of arrests is still uncertain. According to their article, Lizard Squad has reportedly disbanded.

According to the Washington Post, no customer data was breached during the Lizard Squad attack on the PlayStation Network. That’s good news, because the last big breach in the PSN back in 2011 exposed the financial data of 77 million PlayStation customers. It’s not clear if other Lizard Squad attacks resulted in data theft.

The Chicago Tribune notes that the kind of attack the PlayStation Network experienced isn’t really designed to steal data:

“On its Twitter feed, Sunday, Lizard Squad posted that it was ‘preaching’ that Sony should be spending more money to protect its customers’ accounts from such hacks.

It tweeted: ‘Sony, yet another large company, but they aren’t spending the waves of cash they obtain on their customers’ PSN service. End the greed.’

It’s worth noting that DDoS attacks are designed to flood a system’s servers with artificially high traffic and not access encrypted information, but rather disrupt access and overwhelm a service to the point where it must shut down.” 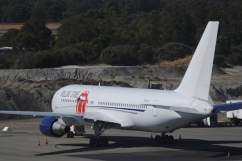 Celebrities & Private Jets: The Photos You Need to See