Police say Pedro Bravo murdered Christian Aguilar. According to some reports, Bravo used Siri on his iPhone to ask for help concealing his crime. Are these reports true, or total fiction? Here’s what you need to know about the complicated case against Pedro Bravo.

That awkward moment when you realize that the story you've told the cops sounds like complete BS! #PedroBravo pic.twitter.com/nxQGjKqCNT

According to the Palm Beach Post, Bravo has been charged with the kidnapping and murder of Christian Aguilar, who was initially reported to be Bravo’s roommate.

According to the Palm Beach Post’s original report, evidence of Bravo’s unusual Siri request surfaced during his trial yesterday. Gainesville Police Department Detective Matt Goeckel presented photo evidence of Bravo’s Siri request, which took place on September 20, 2012. This was around the same time that Aguilar disappeared. Aguilar was a student at the University of Florida. Bravo denies committing the crime. 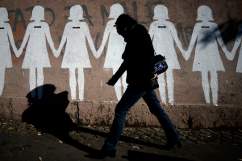 2. Pedro Bravo May Not Have Asked Siri For Help Hiding the Body

@Chelsieg1 @jaketapper @GainesvillePD Bravo's phone was an iPhone 4. Siri only became available on the 4S via @SuperJulia

Shortly after the media began reporting that Pedro Bravo had asked Siri for help hiding the body, contradictory reports began to surface. According to Florida radio station WUFT, these claims about Pedro Bravo using Siri are bogus. In fact, Bravo may have not even been roommates with Aguilar:

“According to Gainesville Police, and our reporters in the courtroom, Detective Goeckel never testified that Bravo performed that Siri search, and Aguilar and Bravo were not roommates…

Perhaps we can chalk this up to the old adage ‘never let the facts get in the way of a good story?'”

CBS Miami notes, however, that “prosecutors showed a screen grab of Bravo’s iPhone which read ‘I need to hide my roommate.'” With so many conflicting reports, it’s no wonder that so many people are confused about the details of Bravo’s alleged crime.

SO much misinformation about #bravotrial. Pedro Bravo was NOT roommates with Christian Aguilar. The Siri search was likely NOT done by him.

Mashable writes that when Pedro asked Siri for help, Siri gave Bravo a couple of suggestions:

“Siri responded with, ‘What kind of place are you looking for?’ and offered four suggestions: ‘Swamps. Reservoirs. Metal Foundaries. Dumps.’

This was Siri’s answer back in 2012. However, if you ask the same question to the digital assistant now, it will respond: ‘I used to be able to answer this question.'”

HuffPo notes that, in the wake of the initial reports of Siri usage by Bravo, lots of contradictory reports have come to light that cast doubts over the first reports. HuffPo writes:

[Detective] Goeckel did testify to other evidence in the case, including that Bravo was heading in the ‘general direction’ of the site where Aguilar was buried on the night in question, and that the flashlight feature on his iPhone was used for 48 minutes on the night.”

4. Pedro Bravo’s Trial Is Supposed to End This Week

Michael Angelo, #PedroBravo cell mate is called to the stand! We are expecting him to testify that Bravo confessed to him. #BravoTrialGTN

The murder trial of Pedro Bravo is expected to conclude sometime this week. Several witnesses have already been called against Bravo. According to Local 10, the full list of charges against Bravo includes “first-degree murder, kidnapping, tampering with evidence, providing false information to law enforcement and improper transport of a dead body.”

If you haven't tuned in to the livestream, tomorrow is the day to start. #PedroBravo may or may not testify tomorrow. #PedroBravoTrial 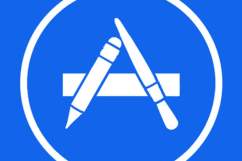 5. The Original Siri Team Are Working on a New Voice Assistant

Siri has been in the news this week because the original Siri team are working on a new and improved version of the voice assistant. WIRED reports that the new assistant, which is called Viv, will be “blindingly smart and infinitely flexible.” Viv will be able to parse complex queries, and deliver even better voice search results than Siri.

WIRED explains just how intelligent Viv can be:

“Take a complicated command like ‘Give me a flight to Dallas with a seat that Shaq could fit in.’ Viv will parse the sentence and then it will perform its best trick: automatically generating a quick, efficient program to link third-party sources of information together—say, Kayak, SeatGuru, and the NBA media guide—so it can identify available flights with lots of legroom. And it can do all of this in a fraction of a second.”

However, the idea of a “smarter” assistant may make some people uncomfortable, particularly if people are known to use voice assistants to try and cover up a murder. You know, assuming that ever happened in the first place.