Happy birthday, Sergey Brin! In honor of the Google exec’s birthday, here are some fascinating facts about Sergey Brin.

1. Sergey Brin & Larry Page Hated Each Other at First

According to Biography, Larry Page and Sergey Brin met at Stanford. The two would eventually go on to co-found Google, but their friendship didn’t start right away. In fact, the two sort of hated each other, at least at first:

“In the summer of 1995, Larry Page, then 22, visited Stanford as a prospective PhD student in computer science. His tour guide was Sergey Brin, a 21-year-old mathematical whiz who was already pursuing his PhD in that department. Despite their common interests, Brin and Page didn’t immediately hit it off—- in fact, their first day together was spent arguing.

Page later told Wired magazine, ‘I thought [Sergey] was pretty obnoxious. He had really strong opinions about things, and I guess I did, too.'” 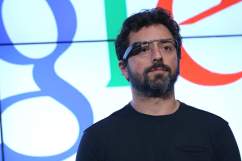 Google’s Sergey Brin: The Photos You Need to See

3. Sergey Brin Has a Risk of Developing Parkinson’s Disease

The clip above from The Doctors explains how Parkinson’s can affect the body.

According to a New York Times article, Brin’s genetic code may put him at risk for developing Parkinson’s later in life. Brin carries a mutation of the LRRK2 gene, known as G2019S. His mother has the same gene mutation, and has already developed Parkinson’s. While Parkinson’s Disease is not fatal, it can impact a person’s quality of life. 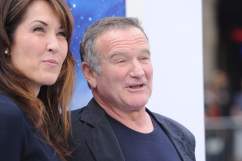 4. Brin Is Married to Anne Wojcicki

Brin’s wife is Anne Wojcicki, a biologist who is perhaps best known for running the personal genome company 23andMe. According to All Things Digital, the couple are still technically married, but have been living apart. The couple have two children together.

In a recent interview with Forbes, Wojcicki talked about the future of her company:

“Historically, information has always been expensive, so it’s a big fee to find out if you’re at risk for clotting, or if you’re a carrier for BRCA. So not everyone gets tested, because there’s this massive barrier. But at some point when the whole genome is cheap enough, the information is essentially free. The barrier then is no longer the cost and the access to the genetic information, but people don’t know how to integrate that information into the system. So much of medicine is about economics.” 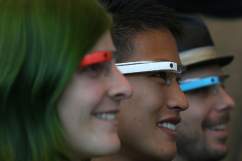