1. SmartWatch 3 Will Probably Be Featured at IFA

The IFA is an annual showcase of new consumer technology. It is held in Berlin, and started way back in the 1920s as the Berlin Radio Show. Sony is expected to debut new electronics at this event, alongside other big names like Samsung, Huawei, and Lenovo.

Berlin IFA starts on September 5, but the press get early access starting September 3. 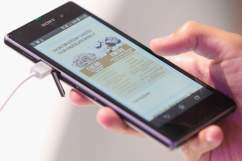 According to Digital Trends, the SmartWatch 3 is unlikely to run Android Wear. Sony was initially opposed to using Android Wear in its watches, though they appear to have softened their stance regarding the use of the OS in future watches.

3. The SmartWatch 3 Screen Will Be Noticeably Enhanced

The video above compares the Samsung Galaxy Gear against the Sony Smartwatch 2. 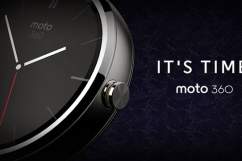 4. Sony’s SmartWatch 3 Will Come With a High Price Tag

Pricing info hasn’t been released for the SmartWatch 3 yet. That being said, it’s probably safe to assume it will retail for about what the SmartWatch 2 costs now: $199.99. According to a recent article from PC Mag, that price point would put the SmartWatch 3 at $50 less than the Moto 360, and at about the same price as the Samsung Gear Live. 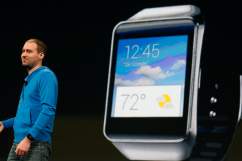 According to Tech Radar, the Sony SmartWatch 3 still won’t have the ability to make phone calls. However, another smart watch debuting at IFA might have that ability:

“Samsung is rumoured to be using IFA to launch the Gear Solo, a smartwatch that works completely in isolation of a smartphone – essentially turning it into a phone on your wrist.

But Samsung’s wearable will reportedly include its own SIM card slot, something we’d say is unlikely on the Sony SmartWatch 3. We’d expect that you’d still need to rely on your phone for making actual calls.”