Elon Musk’s company SpaceX is facing a lawsuit after laying off hundreds of workers. The workers claim they weren’t given proper notice or payment. Here’s what you need to know about this class action suit.

SpaceX, more formally known as Space Exploration Technologies Corp., is facing a class action lawsuit from 400 of its employees. The legal website Law360 explains that “roughly 400 workers” in the state of California claim to have been given no notice of layoffs, nor were they paid properly for work they had completed prior to being fired.

The layoffs took place last month, and the plaintiffs argue that SpaceX’s layoffs were in violation of California’s Worker Adjustment and Retraining Notification Act. Under that law, employees facing termination as part of a layoff must get 60 days advance written notice. A layoff is defined as the termination of over 50 employees within a 30-day timeframe, according to PC Mag. 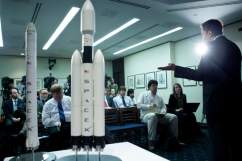 SpaceX seems to be reluctant to call the wide scale firing of these employees a layoff, despite the fact that hundreds of employees were affected. PC Magazine notes that the total number of employees who were fired was equivalent to five or ten percent of the entire company’s workforce.

PC Mag quotes SpaceX President Gwynne Shotwell, who attempts to offer a simple explanation for why so many people were let go at once:

“We did our annual performance review, there were some low performers, and we terminated them.”

Texas offered SpaceX $15 million in incentives earlier this month. The incentives deal was designed to entice SpaceX to build a spaceport in the Lone Star state. It has been reported that bringing that spaceport to Texas would create 300 jobs. 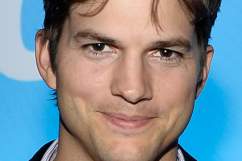 4. SpaceX Has Multiple Missions Planned For 2014 & Beyond

Check out the press kit for an early SpaceX mission above.

According to their missions page, SpaceX has ten flights planned for 2014. In addition, over two dozen missions are scheduled between 2015 and 2018. SpaceX has a variety of clients for space travel.

As they state on the missions page, “Our launch manifest is populated by a diverse customer base, including space station resupply missions, commercial satellite launch missions, and US government science and national security missions.” 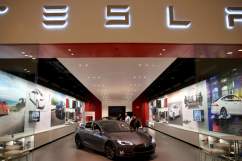 Read the full class action complaint against Tesla Motors above.

SpaceX isn’t the only Elon Musk to face legal trouble in recent years. Another Elon Musk company, Tesla Motors, has faced a class action suit. SFGate notes that last year’s Tesla Model S fires were the cause of the suit. USA Today noted that Tesla has blamed at least one Model S owner personally for problems with the car.