After two years of rumors, speculation, and outlandish predictions, Apple has finally unveiled the “Apple Watch.” Is this the best smartwatch money can buy? Read on to learn when this watch will be available, how much it costs, and what it can do that other watches can’t.


1. Apple Watch Has Many Features

Rather than using “zoom to pinch” gestures on the touchscreen, you can use the “digital crown” to scroll down a list or zoom in on a map that’s pictured on the screen of the Apple Watch. The Apple Watch is also being billed as a “a comprehensive health and fitness device.” In addition, you can dictate messages responses directly through the watch.

Supported apps featured during the keynote include a Pinterest app, a BMW app that lets you find your car, an MLB app for checking scores, and a Nike fitness app. The watch can be used to make payments through Apple Pay, or to unlock your hotel room door at select hotels.

You can also send your heartbeat to a friend or loved one: The device reads your heartbeat and then sends out a vibration that matches your pulse. If Apple can get these things out by Valentine’s Day, that feature could be a romantic selling point.

2. Apple Watch Specs Have Yet to Be Fully Revealed

The “taptic engine” of the Apple Watch gives users a subtle vibration to indicate that there is a notification on your phone. The Apple Watch will work with the iPhone 6, iPhone 6 Plus, iPhone 5, iPhone 5C, and iPhone 5S. Sorry iPhone 4s users, but this generation of iOS devices marks the beginning of the end for you.

There are two main questions marks hanging over the Apple Watch: connectivity and battery life. We’re waiting to learn more about these aspects of the watch. 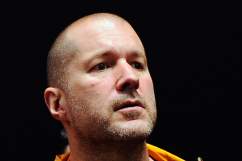 3. Apple Watch Has an Attractive Design

Go hands-on with this smartwatch in the video above from The Verge.

The Apple Watch has a sapphire screen, and has been made waterproof to some degree. LEDs are used to read your heart rate. The Apple Watch relies on the GPS data from your iPhone. Apple has made six different straps.

TouchArcade put together this demo video with the Apple Watch. Check out their in-depth look at this new wearable in the video above.

The release date is TBA. All we know for now that is that device will be available in “Early 2015,” which could mean January, or it could mean April.

The price will vary based on your design. There are two sizes, three finishes, and multiple bands. The Apple Watch will start at $349. It’s not yet clear what the upper limit might be.