The new TiVo Roamio OTA (pictured above) is cheaper than the older, entry-level TiVo Roamio set top box. But does cheaper mean better? We compare these two devices for cord cutters who want to enjoy over-the-air (OTA) TV programming, but ditch their expensive cable package.

What do you think? TiVo Roamio OTA will cost only $50 to record free, over-the-air TV: http://t.co/OSlr6TgpbM pic.twitter.com/7lZ0lHKADb

The TiVo Roamio costs about $200, though you can find it for cheaper online. The Roamio OTA will be released later this month, and it will cost about $50. From a cost standpoint, the OTA is the clear winner. That being said, however, the lifetime operation costs are also a factor you need to consider. TiVo generally lets you pay for your subscription in one of two ways: monthly, or in one lump sum of several hundred bucks for “lifetime” coverage. Unfortunately, CNET notes, the Roamio OTA only lets you subscribe monthly for $15, and doesn’t let you pay the “lifetime” fee.

Also, you should know that the lifetime fee will only apply to your current box: if you upgrade to a different TiVo box in the future, you’ll need to pay another lifetime fee or go monthly. IF you go monthly (which costs about $15), you have to sign up for a 12-month commitment, making even the monthly commitment a big cost.

There’s another cost factor to consider: TiVo accessories. If you don’t already have an antenna, you’ll need to pick one up to get OTA broadcasts. Additionally, both the standard Roamio and the Roamio OTA lack the ability to stream or download recorded programs to your iOS or Android device. Higher tier Roamio devices, such as the Roamio Plus, do have this ability. There is a workaround, however, provided you shell out some additional cash. CNET suggests pairing either the Roamio or Roamio OTA with the TiVo Stream for remote streaming. The Roamio OTA will also work with the TiVo Mini, which is good for sharing content with multiple TV sets in your home.

CNET has put together a table that calculates the lifetime cost of the two boxes. They figure the Roamio will set you back $720, versus the OTA’s $820. Those figures assume if you get the regular Roamio, you’ll opt for the lifetime subscription package.

Check out CNET’s TiVo Roamio review in the video above.

Both of these TiVo devices let you record OTA programming. However, the Roamio may be preferable to the Roamio OTA for some people, as it supports CableCards. The Roamio and the Roamio OTA both have a 500GB hard drive, and four tuners that will let you record four shows at once. That means you can store up to 75 hours of recordings at HD quality. The amount of tuners might be overkill for some people, depending on how many shows you generally watch in a week, and how many channels you can receive via OTA transmission.

The New York Times review of the OTA suggests New York residents can expect to receive CBS, NBC and Fox over the air using a Mohu Leaf indoor antenna. The review noted that these channels were not always coming in with crystal clear picture. People who live in other parts of the country may get fewer channels, or they may be able to get more.

Both of these devices will work with the TiVo app…but that might not matter to some people. The TiVo app is only available on iOS and Android, so people who use Windows phones or BlackBerry devices may be out of luck. People who watch a lot of sports or a lot of premium cable channels may not be able to cut the cord with these devices and keep watching the kind of content they crave.

Both TiVo boxes are user-friendly for newbies, with the interface filtering its programming guide based on two main factors: what you have watched in the past, and what’s really popular right now. This semi-curated approach to TV listings is nice.

"Recommended because: Sean Bean is in this movie." My TiVo knows me so well. pic.twitter.com/bnD2yuAI9U

Both of these devices look quite similar, and they’re also fairly similar under the hood. The Roamio and the Roamio OTA both have a 500GB hard drive, and four tuners that will let you record four shows at once. That means you can store up to 75 hours of recordings at HD quality. The OTA version of the Roamio doesn’t have CableCard support, unlike the regular Roamio. The OTA version is also incapable of being upgraded to support CableCards, so bear that in mind.

Check out this video overview of the TiVo Roamio OTA from Digital Trends.

If cost is your primary concern, than the Roamio OTA is the clear winner…as long as you recognize that the lifetime operation costs will likely be a bit higher than the TiVo Roamio.

Of course, with the Roamio OTA not yet available to buy as of this writing, people who are looking to buy immediately are kind of stuck with the regular, entry-level Roamio box…which is a good deal in terms of added features and lifetime operation costs.

Both of these boxes have a lot to recommend them, even if they are both a bit expensive to operate over the long-term. CNET notes that TiVo’s products remain some of the best options for cord cutters, despite the cost:

“Even with the excessive cost, the TiVo Roamio is the first option I’d recommend for most cord-cutters. Cheaper options like the Channel Master DVR+ and Tablo Nuyvvo are good alternatives if you only have basic recording needs or you’re a little more tech savvy, but both have just enough frustrations to make them tiring in day-to-day use. The TiVo Roamio certainly costs too much, but its mastery of the over-the-air TV experience gives you the best chance to avoid going back to cable — and that will save you so much money in the long run, it almost makes TiVo seem like a bargain.”

New to cord cutting? You might also be interested in TiVo’s Cut-the-Cord starter kit, which bundles a TiVo DVR, router, antenna, and TiVo Stream. 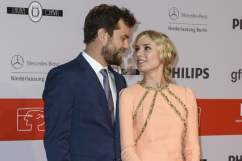 Diane Kruger & Joshua Jackson: The Photos You Need to See