Which iPhone 6 is right for you? We explain the differences between the two different iPhone 6 variants to help you decide. The iPhone 6 is smaller, while the iPhone 6 Plus is larger…but it carries a premium price tag.

There are two different models of the iPhone 6. These two phones vary in size, and therefore, they also vary in price. Preorders open this Friday, September 12. Both phones will be released on September 19 in the US. Both versions of the phone are available on all the major US carriers. While you can’t buy the phone yet, you can see pricing options right here.

2. The iPhone 6 Plus Is Thicker & Has Extra Features

These two phones have a lot in common, but the iPhone 6 Plus has a couple of advantages over the regular iPhone 6. First, there’s the ability to work in landscape mode and have a two-pane window mode. The screen is also larger and the battery is bigger, making this phone appealing for people who want an iOS experience that rivals an Android product like the Galaxy Note 4.

The picture above shows an Apple Watch using Apple Pay. Apple Pay will also be available to iPhone 6 and iPhone 6 Plus customers in the US as a free update to iOS 8 this October. Unfortunately, the update won’t be available right on release day. 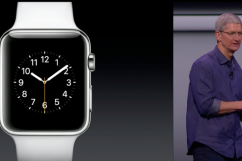 Prices are, of course, higher if you buy a phone off-contract. If you buy off-contract through T-Mobile, expect to pay at least $649.

5. Reactions Have Been Mixed for the Larger iPhone 6

Some Apple fans love the larger iPhone 6 Plus, but others are dogged in their support for the smaller phone, which is more in line with the size of iPhones past. Here’s what some people have said about the iPhone 6 Plus on Twitter:

I'm wary of the #iPhone6Plus. It's like Apple is taking us back to the days of the Zack Morris cell. 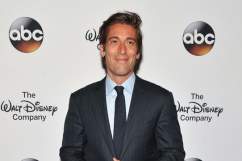