These are the best Android racing games out there. Our list of the top racing games for Android includes both freebies and paid apps. Whether your tastes run to the ultra-realistic or the totally ridiculous, these racing games are simply the best. You can’t really call yourself a racing game fan unless you’ve played every title on this list. See which racing games made the cut in our epic list below.

Asphalt 8: Airborne is an awesome racing game that blends addictive gameplay with realistic graphics. There’s an awesome damage system, and you can take your car through environments like Venice, French Guiana, Iceland, and the Nevada Desert.

The game also boasts customizable touch controls, and a soundtrack with songs by Bloc Party, Mutemath & The Crystal Method. If you want a racing game that will get your pulse pounding, then you should download Asphalt 8: Airborne. As of this writing, this Android racing game has over 1.5 million five-star reviews on Google Play. With so many happy gamers, this is a game you can feel confident about downloading. 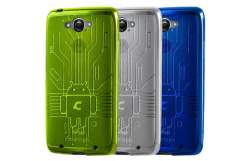 Watch LonnieDos play Unpossible in the video above.

This insane racing game is super-stressful, and that might be a turn-off for some players. However, there is a more laid-back game mode called Cruise mode, which is a “zen” mode for practicing your turns and playing without the stress of the regular game modes. Part racing game, part endless runner, and totally futuristic, Unpossible is one of those mobile games that is simply a must-play.

Get a closer look at this game in the trailer above.

Nitro Nation Racing stands out because of its slick graphics and pulse-pounding gameplay. The game uses real cars from brands like Chevrolet, Ford, Dodge, BMW, Volkswagen, Honda, Nissan, and Mazda. Nitro Nation Racing boasts “the most realistic physics engine in the genre.” There’s a great blend of realistic racing elements and fantastical upgrades that take real-world cars way beyond their limits. Don’t miss out on this game.

Check out the Shine Runner trailer in the video above.

Not every racing game has to have a car in it. Shine Runner lets you pilot a sweet fanboat through the bayou. With a cargo hold packed with moonshine, you’ll need to outrun the cops so you can offload your ill-gotten gains. It’s fast-paced and frenetic, and a heck of a lot of fun. Even if aquatic racers aren’t really your thing, this may be the exception that proves the rule. 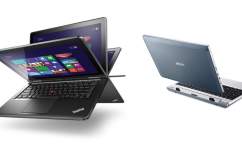 Check out gameplay footage from this racing game in the video above.

If your dream car is a muscle car, then Traffic Street Racing: Muscle is a must-play. Boasting realistic environments, hot cars, and cool features, this is a game that will appeal to both younger and older players. One of the coolest features? The game has a dynamic day cycle, with which you can drive at any time of the day. If you want to pretend that you’re driving all day and into the night, this game can give you that experience. Additionally, it should be noted that this game has over 11,000 five-star reviews on Google Play. That may not be the million-plus reviews of some other games on this list, but it’s still nothing to sneeze at.

Check out the teaser trailer for this awesome Android racing game in the video above.

Riptide GP2 was recently updated to address a crash issue that was occurring when using a game controller on Android L. With over 14,600 five-star reviews on Google Play, downloading this game is a no-brainer. Not all sequels are better than the original, but this one really is.

Check out the official trailer for Racing Rivals in the video above.

For racing fans, one of the most appealing new racing games is Racing Rivals. The Racing Rivals devs have taken steps to reduce network and memory use in the game, which provides players with a smoother racing experience.

Racing Rivals features a whole host of officially licensed cars from the real world, including cars from makers like McLaren, Subaru, Dodge, Mitsubishi, Ford, RWB, Scion, BMW, and Acura. If you thrive on fast-paced races, this game is a clear winner. 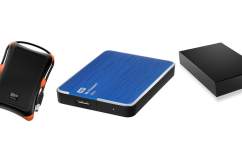 Angry Birds Go! isn’t exactly a new title, but it has been recently updated. As of this writing, Angry Birds Go! has over 1.2 million five-star ratings on Google Play. While this game does have some haters, it’s a well-balanced racer that is appropriate for both kids and adults. The game also supports the ability to share snapshots of your race in action, which is a really cool feature. If you love the characters from Angry Birds, and you love racing games, then why wouldn’t you like this game?