Looking for free RPG games? These are the best free RPG games for Android phones and tablets. With these cool titles, you can explore worlds of magic and myth without breaking the bank. If you need to escape from the boredom and stress of the real world, these immersive games are must-haves for your Android device. These five games are fun, free, and fantastic, so you should definitely check them out.

Dungeons of Evilibrium is a card battle RPG with strategy elements. Collect cards, evolve them, and build a card deck that would be the envy of any army. Dungeons of Evilibrium was recently updated to have fewer bugs, new stories, new artifacts, and new cards. The collectible aspect of this RPG adds to the replay value, and the graphics are really attractive. While treasures and gifts can sometimes be slow to arrive, this game is a great option for RPG fans who are looking for something casual and low-difficulty.

Blood Brothers is a dark fantasy RPG game. The vampire hero of the game is tasked with binding an army with a blood pact, and to ultimately destroy a dark king. Players can choose from one of eight heroes: knight, samurai, high elf, dark elf, ape, lizardman, dwarf, or goblin. As of this writing, this game has close to 200,000 five-star reviews, which is pretty darn impressive. If you like your RPGs with a dash of dark fantasy, this is a great game. Over 20 million people have downloaded this game to date.

Check out a video walkthrough for Soulcraft in the video above.

Like your RPGs with more of an action feel? The sweet melee violence of SoulCraft is probably right up your alley. Think old-school dungeon crawler, but with souped up graphics and lots of hack and slash action. One huge perk that a lot of other free Android RPGs don’t offer is SoulCraft’s ability to let you play the game offline. Co-Op Multiplayer is coming soon, but there are multiple game modes including time run, arena, and boss fights. There’s a lot of variety here for a freebie. 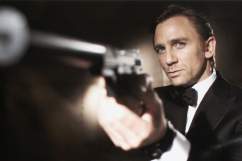 The Legend of Roland is an action RPG with a JRPG flair. The controls have designed to be perfect for tablet use, making this a must-play for anyone who has an Android tab.

This game centers around Roland, a knight, and Charlotte, his trustworthy cleric. The two must use elemental powers to take down an evil mutant. You can add many characters to your party, and learn hundreds of powerful skills. This free RPG stands out for having a better-than-average story for a free Android RPG.

Check out the trailer for this free RPG game in the video above.

D.O.T. is an Android RPG game set in a 8-bit, retro-style universe. In this game, you are tasked with commanding tribes of warriors and finding a way back to your home universe. This RPG game boasts the masterful use of both 2D pixel and 3D block art, making the game visually appealing in a way a lot of other RPGs just can’t match. As of this writing, D.O.T. has nearly 35,000 five-star reviews on Google Play.

Don’t mind paying a little extra to try a great RPG game? Check out a list of five great RPG titles for Android fans, including some titles which are paid.