Microsoft and Nokia have teamed up at IFA 2014 to debut some new Windows phones, including the fabled “selfie” phone. See the Nokia Lumia 730, 830, & 930 in action right here. First, let’s check out the Nokia Lumia 730 in the video above.

The Nokia Lumia 730 is the so-called “selfie phone” that Microsoft has been hinting at for a while. Here are some key details about this phone from the Verge:

“The Lumia 730, as Microsoft puts it, is ‘built for Skype and selfies,’ thanks mainly to a wide-angle 5-megapixel HD front-facing camera…Apart from the selfie aspect, the Lumia 730 is an average mid-range 4.7-inch (1280 x 720) handset running the latest Windows Phone 8.1 operating system and Microsoft’s new Lumia Denim update, which mainly includes speed and other improvements to the Lumia Camera app. The primary camera is a 6.7-megapixel shooter with LED flash, and Microsoft is powering the Lumia 730 with a Qualcomm Snapdragon 400 processor, 1GB of RAM, and just 8GB of storage” 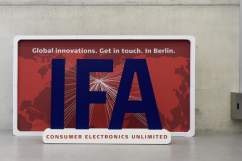 The video above showcases the Lumia 830, which has some great photography features as well. Forbes notes that this new phone is the thinnest and lightest Lumia phone yet, something that will appeal to fans of lightweight phones.

Finally, you can see how the Nokia Lumia 930 stacks up against Sony’s new Xperia Z3 in the video above. While the two phones have similar form factors, they are very different in terms of software, interface, and features. In terms of processors, the Lumia has a slightly older Snapdragon processor than the Z3.

Want to see all the cool new phones, laptops, and electronics from IFA 2014? Check out our extensive coverage of this tech fair to see all of the amazing new gadgets from Berlin.