Just downloaded iOS 8? Check out the video above from MacRumors, which highlights all of the cool hidden features in Apple’s latest version of iOS.

iOS was released on September 17, after first being released as a beta shortly after it was demoed at WWDC 2014 earlier this year. Some of the coolest new features in iOS 8 include a new keyboard, Handoff functionality, enhanced Siri integration, and the ability to send audio messages. New language, health, and accessibility features are also included in the September 17 update to iOS 8. 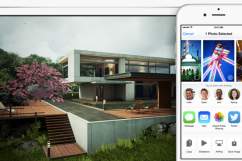 iOS 8 Screenshots: The Photos You Need to See

iOS 8 was released less than 48 hours before the first consumers will get the iPhone 6 in hand. The iPhone 6 has already sold millions of units, and has received a number of favorable reviews from top publications. While battery life continues to be an issues for the new iPhones, reviewers are praising the design of iOS 8, the great camera, improved speed, and overall design.

The launch of iOS 8 seemed to go fairly well, with few users reporting major issues with iOS 8 other than extremely long download times at first. However, as more users began to use iOS 8, horror stories about the iOS 8 experience began to circulate. You can learn more about iOS 8’s major issues here.

Just prior to the launch of iOS 8, Apple pulled third-party apps that use HealthKit due to an undisclosed bug. You can learn more in our post about downloading iOS 8.

Want to see even more great features in iOS 8? Check out our collection of iOS 8 features videos.