You probably can’t go to the Windows/Threshold event in person. The San Francisco-based event is not open to the public, and only about 50 invites were sent out to analysts and members of the press. That leaves the web as your best source of info about the event. 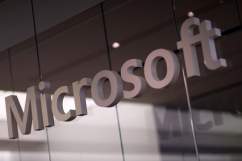 A Microsoft rep told Windows Phone Central that “Blogging Windows and Microsoft News Center following the event.” It’s not clear if those materials will be made available immediately after the event, or just sometime later in the day.

The Verge says that they will be live at the September 30 event. It does not appear that they will be liveblogging from the event, but you can expect coverage shortly thereafter. If the Verge does offer a liveblog of the event, it will be listed here. PC Advisor has a liveblog of the event that is very interesting, and includes both images and observations from the Windows 9 event. You can also enjoy our rundown of the newest version of Windows here.

Windows 10 (aka Threshold) is expected to be more user-friendly, and remind users of the best aspects of Windows 7. It is expected to bring back some old features that users missed from previous versions of Windows, while also introducing exciting new features. Threshold was rumored to likely be known as Windows 9, Windows One, or simply Windows when it launched. It is now known that Windows Threshold will be called Windows 10 at launch. It is expected to be available in a preview edition starting in October, with a full release in the spring or summer of 2015.

WATCH: Note 4 vs iPhone 6 Plus vs BlackBerry Passport