As of about 1 pm Eastern time, iOS 8.1 is live and ready for you to update on your iPhone, iPad, or other iOS device. Starting October 20, you can use your new iPhone 6 or 6 Plus to pay for purchases at participating retailers. Apple has finally released the long-awaited Apple Pay upgrade to supported devices. Here’s what you need to know about Apple Pay.

Apple Pay only works with select iOS devices. As Forbes explains, Apple Pay can be used in one of two ways. You can use Apple Pay by waving your phone in front of a cash register that supports Apple Pay, but only if you have an iPhone 6 or iPhone 6 Plus (the Apple Watch, due out next year, can also be used in this way).

Apple expects to have hundreds of thousands of partner apps and retail locations by the end of the year. You can see some of our favorite apps and retail stores that support Apple Pay in our articles about the best places to shop using Apple Pay.

According to Mac Rumors, Apple is anticipating that most consumers will use Apple Pay to make in-app purchases at first. At least, that’s the point of view of Apple’s Senior Vice President of Internet Software and Services, Eddy Cue.

The report notes that while many US retailers have the payment terminals that can support the NFC technology that makes Apple Pay with an iPhone 6 or 6 Plus possible, not all retailers have the high-tech cash registers that Apple Pay requires. Apple expects many merchants to upgrade their terminals over the next year, which will help Apple Pay to grow beyond IAP.

Curious about how Apple Pay differs from Google Wallet? Check out our comparison guide. 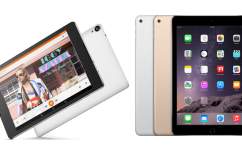 3. Apple Pay Is Supported in More Locations Than You Might Think

Check out the video above to see how Apple Pay works.

A retailer doesn’t need to have a special partnership relationship with Apple in order to support Apple Pay at the register. Forbes explains that those who want to use the NFC chips in their iPhone 6 or 6 Plus to pay for purchases need only find a compatible checkout line:

“You may have read an article or five suggesting that retailers don’t plan to support Apple Pay, implying there is some special thing they have to do to work with Apple. What a retailer needs is nothing more than a NFC-equipped point-of-sale terminal. Those aren’t everywhere yet. Apple says 220,000 merchants have them; First Data says that’s out of 8 million retail points of sale in the U.S. But if the NFC reader is ‘live’ it supports Apple Pay, whether or not the retailer has a deal with Apple Pay.”

4. Apple Pay Has Limits on Types of Participating Cards

According to the Wall Street Journal, corporate credit cards, prepaid cards, and retailers’ proprietary credit cards can’t be used to fund your Apple Pay transactions at this time. That might not seem like a big deal, but it might be a deal breaker for some consumers. Because Apple Pay doesn’t work with certain types of cards, Apple Pay purchases won’t go towards certain discounts or rewards programs.

WSJ cites Macy’s spokesman Jim Sluzewski, who states that a whopping half of all Macy’s sales come from its proprietary card. This card is linked to loyalty program. It is not clear when or even if Apple Pay will support additional card types.

Apple Pay will be hitting devices as part of the updates in iOS 8.1. According to Mac Rumors, this update will include lots of cool features, such as SMS relay and Instant Hotspot. SMS relay lets you see texts you’ve gotten on your device on your Mac running OS X Yosemite, while Instant Hotspot allows you to control your OS X Yosemite-powered Mac, and remotely activate the Personal Hotspot capabilities of your iPhone.

Love all things Apple? Heavy is looking for contributors who want to write about technology. Click here to learn more.