There’s a real hoverboard on Kickstarter, and it can be yours for $10,000. The company making the boards is called HENDO. You can check out a demonstration of their hoverboard tech in the video above. While a hoverboard hoax video may have fooled the Internet earlier this year, HENDO appears to be selling the real thing. Now your dreams of having a hoverboard like Marty McFly in Back to Future might finally come true. Here’s everything you need to know about the Hendo hoverboard company.

1. HENDO Bills Their Product as ‘The World’s First Hoverboard’

We might see real, working hoverboards by 2015! Right on time. https://t.co/CIJsuGtTWn pic.twitter.com/7pcV07fVNU

HENDO claims that they’ve created the world’s first hoverboard. While it only hovers about an inch off the ground, this hoverboard is getting people very excited. Here’s what their Kickstarter page has to say about how this technology works:

“The magic behind the hoverboard lies in its four disc-shaped hover engines. These create a special magnetic field which literally pushes against itself, generating the lift which levitates our board off the ground.

While our hoverboard is primarily intended to be self-propelled, the actions which stabilize it can also be used to drive it forward by altering the projected force on the surface below.

Currently, this surface needs to be a non-ferromagnetic conductor. Right now we use commonly available metals in a simple sheets, but we are working on new compounds and new configurations to maximize our technology and minimize costs.”

The version of the HENDO hoverboard featured on Kickstarter is the company’s 18th prototype to date.

Earlier this year, a hilarious hoax video introduced a “real” hoverboard from a company called HUVr. You can watch the HUVr video in the player above. When this video first debuted on YouTube earlier this year, people went crazy and wanted to buy one right away.

It was later revealed that HUVr was a prank video from Funny or Die. Tony Hawk later apologized for his role in the HUVr video. You can watch his apology video here. 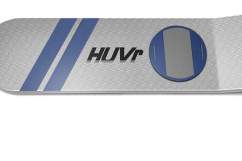 HUVr Tech ‘Real Hoverboard’ Is a Hoax: Top 10 Facts You Need to Know

3. HENDO Hoverboards Have Some Serious Limitations

I rode a hoverboard designed to save buildings from earthquakes and floods http://t.co/XkkQJbGsP5 by @josh pic.twitter.com/MsdcGKB7yB

The biggest limitation to the HENDO hoverboard is how few places you can take the board to ride it. The HENDO hoverboard only works on smooth metal surfaces, at least for now. But there are other limitations, too. It makes a terrible screeching noise while in use, and it only runs for about seven minutes on a single charge. The Telegraph notes that part of the funds raised through Kickstarter will be used for creating spaces where people can ride these new boards.

Despite current limitations, the HENDO board’s creators think the technology has big potential. The Verge reports:

“This is the Hendo, the namesake of an inventor named Greg Henderson, and it’s really more of a technology demo than something that’s going to get you to work in the morning. Right now it’s effectively a parlor trick, and it apparently only works in parlors lined with a one of a small set of metals. But Henderson, who co-founded the hoverboard’s parent company Arx Pax with his wife Jill, imagines the technology that’s inside it could become a solution for keeping buildings from getting destroyed in floods and earthquakes by simply lifting them up. They also say that it could serve as a replacement for the systems that currently levitate maglev trains.”

4. People Have Been Trying to Make Real Hoverboards for Years

I rode a hoverboard last week and didn’t die: http://t.co/TeIRMBtN5x Wonderful video by @JordanOplinger who lived too pic.twitter.com/j704j524RH

The quest for a hoverboard has been decades in the making. Gizmodo reported on a “real” hoverboard back in 2010, but it only worked if nobody stood on it.

Last year, Discovery.com talked about the feasibility of a hoverboard, comparing it to maglev train technology. They wrote:

“But unlike a maglev train, which floats over a track with magnetized metal coils, a hoverboard would have to be able to float over ordinary ground, aspalt or water (that is, if it’s going to be able to perform the manuevers depicted in the movie). So a hoverboard probably isn’t going to utilize magnetic power…

Riding on an air cushion, in the fashion of marine and amphibious hovercraft, might be a viable alternative. There already is a single-rider air hovercraft called the Airboard on the market, which is available from various Web retailers for around $15,000 (only slightly more than the Back to the Future prop).” 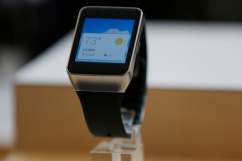 5. You Can Help Fund HENDO Via Kickstarter

Want to fund the campaign for HENDO hoverboards? Check out their Kickstarter page. It costs $10,000 to get your own HENDO Hoverboard, but their are other rewards available to backers who can’t afford that 10 grand price tag. For $100, you get a five-minute ride on a HENDO board. For $449, you can get a full-size replica of the HENDO hoverboard to display in your home. There are many other rewards available. HENDO’s Kickstarter fundraising goal is $250,000. 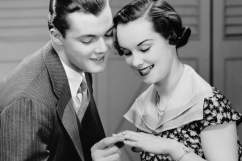