4K TVs are great, but it can be hard to find streaming content that lives up to the 4K standard. Thankfully, you can stream some Netflix movies and TV at the 4K standard. Here’s everything you need to know about watching streaming 4K video on Netflix.

Your 4K TV needs to have a built-in HEVC decoder in order to play nice with Netflix’s 4K media. In addition, you may also need to update the software on your TV. You can get more info about Netflix 4K streaming requirements in the Consumer Reports link above, or check out this troubleshooting guide from Netflix. 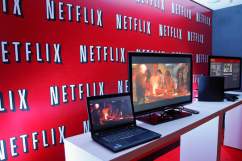 2. Pony Up the Dough for a Netflix 4K Subscription

Geek.com notes that Netflix recently increased their subscription fee for 4K media. There price increase is a little bit complicated, since it won’t affect some subscribers for several years. Here’s how it works:

“Until now watching 4K streams cost subscribers just $7.99 every month, but Netflix has decided to increase that by $4 meaning it’s now $11.99 a month. You may remember the standard HD package price increased from $7.99 to $8.99 back in May. While that’s a relatively big price hike compared to the HD package change, there is some good news if you already have a Netflix account.

Netflix has stated that existing subscribers who signed up to its 4K plan before August 12 this year will continue to pay $7.99 a month until August 12, 2016, at which point they will also suffer the same increase in price.”

You can change your Netflix plan here. 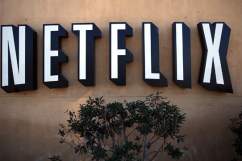 Netflix recommends a steady Internet connection speed of 25Mbps or higher for streaming 4K video content. Not sure what speed you currently have? Check out our guide on how to check your Internet speed. In addition to having a fast connection, you also need to make sure that your Netflix settings are set to “High.”

Go into your Netflix interface, and look for the option labeled “UltraHD 4K.” If this row isn’t showing up for you, it may be because your HEVC decoder chipset isn’t up to Netflix’s standards.

As 4K TV sets become more popular, Netflix will be expanding their 4K library. If you continue to have issues with “stuttering” of a 4K media stream from Netflix, you may need to contact your TV’s manufacturer, or arrange for a faster Internet connection from your ISP. 4K video makes punishing demands on your hardware and your Internet connection, and a slow connection just can’t provide the lush picture 4K is designed for.

Looking for a new 4K TV? Amazon has some great deals on these gorgeous TV sets, including some sets under $1000. One great option is the Vizio P-Series 50-incher. Get a closer look here.