Oh, how technology can change in just a few short months. Earlier this year, we compared Siri and Google Now against Cortana, which was still in development. While all three services had their own perks and drawbacks, we gave a tentative “best” rating to Siri. But while Google Now and Cortana have grown by leaps and bounds this year, Siri appears to be resting on its laurels. Siri got some updates recently, but few smartphone owners care if Siri can identify which song is playing in a room when she can’t even understand a simple command. These days, Cortana and Google Now are giving Siri a run for her money, a fact that seems to be reflected in the video above.

In the video above, Caitlin O’Connell and Justin Markuson of Stone Temple Consulting highlight some of the most interesting queries that they’ve come across. The duo have been collecting data for a study called The Great Knowledge Box Showdown: Google Now vs. Siri vs. Cortana. Their findings? Google Now “has a clear lead” over its competitors in terms of accuracy.

PC Mag has more info about the study’s findings. PC Mag notes that all three of these virtual mobile assistants were faced with the same 3,086 different queries. The results were definitive:

“Google Now returns twice as many results as Cupertino’s service, and nearly three times that of Cortana…What the study really reveals, however, is Google’s ability to present more information, including supplementary details and links to similar topics.

Ask Google Now how tall the Eiffel Tower is, and you’ll also find out some of the world’s other tallest buildings. Siri’s response is a quick Wikipedia search, or often a WolframAlpha card, with no mention of the Burj Khalifa or Empire State Building. Plus, Apple’s service is often wishy washy, sometimes returning a humorous response, other times a serious answer; it’s often more fun to play around with Siri than search for real data. 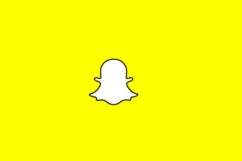 Microsoft’s recently called out Siri in their “Mirror, Mirror” TV spot, which showcases all the things that Cortana can do better than Siri. Check it out in the player above. The commercial also calls out the iPhone’s speakers: Siri says she has just one speaker, and she’s “sitting on it,” a reference to the placement of the speaker on the iPhone. In contrast, the HTC One (M8) for Windows featured in the ad has two speakers.

Regardless of whether you prefer a Windows phone, Android phone, or iPhone, you have to admit that these recent study findings are pretty compelling. Perhaps not compelling enough to get people to switch smartphone platforms…at least, not yet. But as wearables become more integrated in our everyday lives, the Google Now features in Android Wear smartwatches could give the Android ecosystem a boost from iPhone users who are sick of Siri saying, “I’m really sorry, but I can’t help you right now.”