Get up close and personal with this Android action game in the video above.

Guns GirlZ will appeal to fans of Japanese RPGs and action games. In Guns GirlZ, you help an army of cute girls take down some nasty zombies. There are tons of weapons to collect, and this game has awesome replay value. Between the great character design, the constant onslaught of zombies, and the great gunplay, this is a game that will appeal to action game fans. 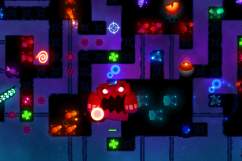 Get a closer look at this chilling, atmospheric game in the video above.

If you’re looking for a spooky, creepy game to play while you’re alone in the dark, Dark Meadow: The Pact will definitely get your heart racing. The game starts when your character awakens in a strange hospital.

You don’t know how you got to this hospital, or who the strange man is who shares your room, but you do know there is a witch that haunts the halls. As you begin to explore the hospital, strange figures will attack you. If you want to scare yourself this Halloween, turn down all the lights and try out this atmospheric horror title.

Brave Frontier is a wildly popular action strategy game. It has great depth in terms of the number of party members, arena battles, loot, and multiplayer raids. Players must enter Grand Gaia, the world of the gods, and unleash Summoner powers. The ultimate goal: defeat the fallen god Maxwell. If you’re the kind of action RPG fan who loves a good PvP bout, Brave Frontier will definitely deliver on that front.

You can get some tips to beat Brave Frontier in this handy guide. If you haven’t played this game yet, you are really missing out. 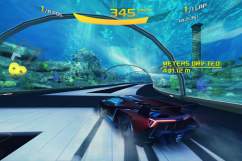 Get a closer look at this cool game in the video above.

Halfbrick Studios is known for the quality of their mobile games, and Colossatron is no exception. In this game, you get to take control of a giant robotic snake and smash through cities. It’s destructive, addictive fun, and this game is a must-play for anyone who likes plenty of action. Mayhem and damage make this game rip-roaringly fun for any action junkie.

There is a great deathmatch mode in this game, because Pixel Gun 3D is designed to appeal to fans of co-op shenanigans. You can have 10 players per game, with each player wielding crazy weapons like a Magic Bow, Combat M16 Rifle, Golden Desert Eagle, or even a Lightsaber. There’s a robust chat function, as well as the ability to make your own character skins. These little touches make this action game truly addictive. If you’re looking for a stellar Android action game, this is one of the best.