Google is expected to announce their new Nexus 6 smartphones and Nexus 9 tablet in the coming days. That’s pretty darn exciting for Nexus fans who have been patiently waiting for a refresh. We’ve put together a guide to everything we think we know about both the Nexus 6 and Nexus 9. Check out the video above from Android Authority, which talks about the new Nexus 6. Want more info? Read on to learn more about these upcoming devices.

In their rumor roundup for the Nexus 6 and Nexus 9, Android Authority notes these two devices could be out in a matter of days. The devices are expected to launch sometime between mid-October and early November. The Nexus 9 is being similar to the new Moto X, but with a bigger screen. The Nexus 9 is rumored to be the first Nexus device from HTC since the Nexus One. You can see what is believed to be a leaked photo of the Nexus 9 in the tweet below:

Check out the video above to see YouTube star Marques Brownlee’s wishlist for the Nexus 6 & Nexus 9.

In terms of specs, the Nexus 9 and Nexus 6 (aka the Shamu phone) are both looking pretty respectable. PC Advisor says we can expect the Nexus 6 to boast a Quad HD display, a Qualcomm Snapdragon 805 processor, 3GB of RAM, and a 13MP rear camera.

The Nexus 9 will run on a nVidia Logan Tegra K1 64-bit processor. It is rumored to have an 8MP rear camera, 2GB of RAM, and your choice of 16GB or 32GB storage options.

Check out the Verge’s review of the current generation iPad Air above.

Apple has an event planned for October 16, where the company is expected to debut at least one new iPad Air. Other rumored products we might see at the Apple event on October 16 include a new iMac with a 5k display, a new Mac mini, and a refresh for the iPad Mini line. If the timeline of last year’s iPad release is anything to go by, you can expect to be able to buy a new iPad Air 2 by early November, if not sooner. That means the new iPads will compete directly against the new Nexus 9 tablet during the big holiday sales rush. 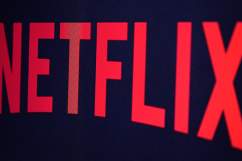 How to Watch 4K Streaming Video on Netflix

Read More
Android, Android Tablets, Google, Nexus, Nexus 6, Nexus 9, Tablets
We've put together a guide to everything we think we know about both the Nexus 6 and Nexus 9.