Is there a way to determine if your data was breached during the recent cyber attack on JPMorgan Chase? The attack, which took place last month, was initially estimated to have affected one million customers. Now, however, the New York Times is reporting that more than 76 million household accounts and seven million small-business accounts were breached. You can learn more about the attack in the report above from CBS.

A report from Crain’s suggests that a great deal of personal information associated with these affected accounts was stolen, including names, addresses, phone numbers and email addresses. That seems bad, but JPMorgan says that there is a lot personal data that was not stolen in the attack. For example, things like account numbers, passwords, Social Security numbers, and client dates of birth were not lost to the hackers.

According to the Huffington Post, some of the hackers involved in the JPMorgan Chase cyber attack were Russian. That’s bad news for the victims of this hack:

“At least one of the banks that was attacked believes the hackers were sponsored by the Russian government, and the FBI is investigating whether the attack was in retaliation for U.S.-imposed sanctions on Russia…

Russian cybercriminals are considered to be the most sophisticated hackers in the world, even more skilled than Chinese hackers, experts say. While Chinese hackers often try to steal intellectual property from U.S. companies, Russian hackers frequently target banks and are motivated mostly by financial gain.”

JPMorgan Chase hasn’t made it simple to tell if your account was affected by this breach, and Forbes reports that “Chase is not advising people to change their passwords or account information” at this time. That being said, Last Pass suggests that users who have accounts with this institution change their passwords as a precaution. It’s also a good idea to monitor your credit score and keep an eye on your accounts to catch any potential fraud as early as possible. JPMorgan Chase says that it has not seen any unusual customer fraud related to this data breach, at least not yet. 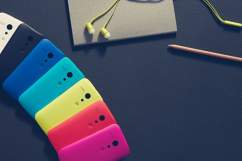