Tesla is holding a press event on October 9 to reveal the “D.” What is the Tesla D? Click here to see our coverage of the new Tesla all-wheel drive cars. Tesla’s CEO Elon Musk was being secretive about what was actually going to be revealed at the event on October 9, but the iconic tech leader did share the tweet below to build some buzz for the announcement:

About time to unveil the D and something else pic.twitter.com/qp23yi59i6

The October 9 Tesla D event will be held at the Hawthorne Municipal Airport, located in southwestern Los Angeles County, California. According to TIME, the Tesla D event is expected to kick off at 7:00 p.m. Pacific Time. At this time, no livestream information is available, and it is believed that Tesla will not be live streaming this particular press event. Jalopnik has confirmed that a livestream isn’t in the cards this time around, despite the fact that Tesla (and some of Elon Musk’s other companies) have livestreamed similar events in the past. 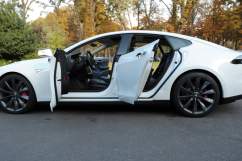 Check out the video above to see a roundup of all the rumors about the Tesla D.

Exactly what Musk plans to unveil at the Tesla D event is still unclear. Some rumors suggest that Tesla has created a driverless car, while other reports suggest that the “D” Tesla will unveil is merely an all-wheel drive version of the current Tesla. Business Insider also suggests another possibility is a long-range Tesla that can go for extended periods of time without charging. In that case, the “D” would stand for the Roman numeral D, which means 500. The “D” could be a Tesla capable of going 500 miles on a single charge.

One thing we’re pretty sure we won’t see at the Tesla D announcement is a flying car. While Elon Musk was quoted earlier this summer as saying “We could definitely make a flying car,” recent remarks suggest a Tesla flying car is a long way off…if it ever happens at all. Earlier this week, Musk was interviewed as part of the Vanity Fair New Establishment Summit, and he highlighted some of the issues that would come with flying cars.

The Verge quoted Musk saying the following during that interview:

“If the sky was full of cars flying all over the place, it would affect how things look. It would affect the skyline. And it would be noisier and there would be a greater probability of something falling on your head. Those are not good things.”

According to a report form Business Insider, Tesla has another announcement in the pipeline as well. Musk recently let it slip during an interview that there is a new Tesla feature already built into existing cars that the driver will just have to turn on. All will be revealed in just a few hours at the Tesla D event in Hawthorne at 7:00 p.m. Pacific Time. You can see a recap of the Tesla event here. 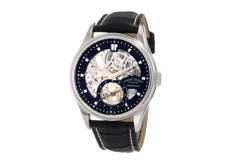