Selling for about $50 less than Amazon, this is a pretty sweet GoPro deal. That being said, there is a newer version of this camera available. This is also a “Doorbuster” deal, so quantities will be extremely limited for this sale item.

You may also be interested in buying some cool accessories to go with the GoPro, such as a flotation devices, carrying cases, or mounts.

Another limited quantity doorbuster item at Target Black Friday sale is this Dyson vacuum, which normally retails for around $449.99. If you’ve been wanting one of these top-rated vacuums, this Black Friday sale might be the right time to nab one. You know, if they don’t sell out before you get there.

Best Buy has taken $200 off the price of Apple’s entry-level 21.5-inch iMac. This computer has an Intel Core i5 processor, 8GB of RAM, and a 500GB hard drive. Do note that this is the entry-level iMac, and it doesn’t have the amazing display of the new iMac with 5K Retina display.

You should note that Best Buy is also running the same $1 (with 2-year activation) promo for the LG G3.

If you’re a Nintendo fan (or just shopping for one), this bundle is pretty darn sweet. The Black Friday bundle at Best Buy includes four games: Super Mario 3D World, NintendoLand, Super Smash Bros for Wii U, and Donkey Kong Country Tropical. If you want a great, kid-friendly video game bundle, this will get you started.

6.WAL-MART: Select Goodyear Tires for $53 Off

Sometimes, you have to sacrifice your holiday shopping budget to take care of more essential needs. If your car desperately needs new tires, Wal-Mart has a bunch of different tires from Goodyear on sale for the Black Friday event.

If you haven’t pulled the trigger on a new iPhone yet, Black Friday might be the right time. You can get a new iPhone 6 or the iPhone 5s for $0 down, but this deal is only good for qualified buyers. The iPhone 5S 16GB can be yours for $79 with a 2-year contract. The iPhone 6 16GB will cost $179 with a 2-year contract. Both deals come with a bonus $75 Walmart Gift Card. Supplies are limited. 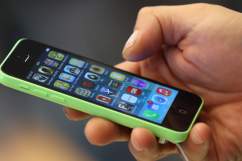 8. WAL-MART: Select Android Phones for $0 Down

More interested in Android phones than iPhones? Wal-Mart has some deep discounts for LG and Samsung phones. You can get an LG G Vista for 97 cents with a 2-year contract, plus a $100 Walmart Gift Card. 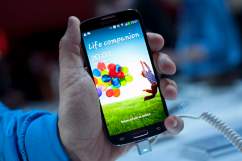 Technically, this is a Thanksgiving doorbuster, for those people who just can’t wait until Black Friday to start their shopping. Kmart members who snag this deal will also get $20 back in points. Kmart is selling this tablet for $50 less than the normal price.

Kmart is selling this TV set for $100 off the usual price. There are no rain checks for this deal, and customers are limited to buying just two sets. If you want a big TV, this is a nice option to consider. 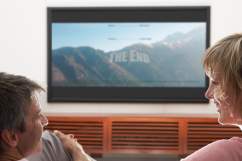