Black Friday 2014 has some pretty insane tablet deals. Whether you want a brand new tab or a deep discount on an older model, these sales have to be seen to be believed. Read on to see some of the most notable deals on Android tablets, iPads, and more for Black Friday 2014.

While this tablet isn’t exactly the latest and greatest, it’s a solid tablet for kids, grandkids, or grandparents who aren’t in need of blazing fast tablet speeds. For under $30, this tablet deal is definitely going to appeal to people who haven’t been able to afford a tablet before.

The Surface Pro 3 is one of the many tablets being offered as a Black Friday doorbuster deal at Best Buy. This premium tablet is as powerful as a laptop, though you should note that you’ll need to pay extra to get the companion keyboard.

If you’re thinking about getting a Surface Pro 3, you should check out our top picks for Surface Pro 3 accessories. You might also be interested in the video below from the Verge, which compares the MacBook Air against the Surface Pro 3.

Apple products are notoriously hard to find at a discount. Wal-Mart is selling this iPad Mini (16GB model) for just $199, and throwing in a $30 Walmart Gift Card. That’s not a bad deal, but we’d be remiss if we didn’t point out Target’s similar deal. They’re pretty equivalent, so it’s just a question of which gift card is worth more to you. While Target’s deal comes with a bigger gift card value, you might have a preference about which store you generally prefer to shop at. 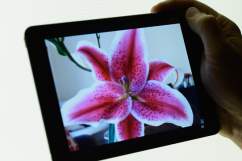 Technically, this is a Thanksgiving doorbuster, for those people who just can’t wait until Black Friday to start their shopping. Kmart members who snag this deal will also get $20 back in points. Kmart is selling this tablet for $50 less than the normal price.

Here’s what ZDNet has to say about this Black Friday doorbuster:

“You should note that the tablet is a couple of years old, a device that was promoted back during Black Friday 2012. While kids might put up with older hardware, two years is a lifetime when it comes to tablets, especially since even at $129.99, the price is on the high end for a 7-inch tablet with aging specs. Then again, if you must have it, the price is $50 lower than usual.”

So while this tablet isn’t a super-amazing deal, it is a decent discount. This is a great tablet to get for a kid or senior citizen in your life, but it lacks the brand cachet to impress a serious techie. Still, if you manage to get one of these limited doorbusters, you will definitely be the envy of other Target shoppers. 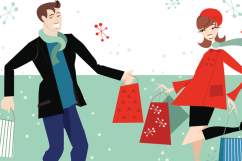 Read More
Android, Apple, Black Friday, iPad, Microsoft, Shopping, Tablets, Technology
Black Friday 2014 has some pretty insane tablet deals. Whether you want a brand new tab or a deep discount on an older model, these sales have to be seen to be believed.