A former Google employee named Jacob McPherson is suing the tech giant. McPherson alleges that Google exploits and underpays their contract workers. Here’s everything you need to know about this lawsuit.

McPherson’s suit alleges that Google is underpaying and misclassifying its workers:

“Despite its profitability, Google maintains policies and practices of misclassifying employees as independent contractors who are not covered by wage and hour laws, paying these employees through outside agencies, and not paying them for all hours worked.”

Reuters adds that McPherson was supposed to be paid $35/hour for his work for Google Play. Despite being classified as a freelancer, McPherson worked in Google’s offices in New York. He was unable to bill Google for more than 30 hours per week, and Google would not pay him for any overtime hours worked. When McPherson asked for the terms of his contract to be renegotiated, Google let McPherson go.

Reuters writes that the tide may be turning against companies who misclassify freelancers as employees:

“How companies classify their workers has received increased attention. In August a federal appeals court in San Francisco ruled that FedEx drivers are employees under California law, not contractors. It is unclear how that ruling may impact the broader tech sector, though companies like car hire service Uber also consider their drivers to be independent contractors.”

A recent article in Crain’s New York adds that McPherson and Google reached an agreement to attempt to settle the federal lawsuit in private mediation before the end of June 2015.

2. Google Is Facing Other Lawsuits

Google will spend $250 million to boost its ad-compliance plan, stemming from a lawsuit over online-pharmacy ads. http://t.co/dyPi3XD6lv

The Wall Street Journal notes that Google is facing other lawsuits as well. Recently, Google agreed to spend $250 million in order to settle a lawsuit with shareholders. These expenditures are linked to a lawsuit that alleges that Google accepted illegal advertisements from online pharmacies. 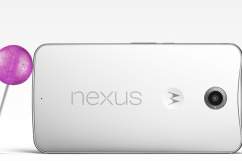 You can read Jacob McPherson’s suit against Google and the other companies in the embed above.

Google isn’t the only big company that McPherson is targeting in his suit. oDesk and Elance are also named as defendants. While these two companies are well-known to freelancers, many people are unfamiliar with these other companies.

oDesk is a website where over a million companies hire freelancers. Writers, coders, designers, and other freelancers can find work on oDesk. oDesk takes a 10 percent cut of each payment. Like oDesk, Elance is also a website to help companies connect with qualified freelancers. 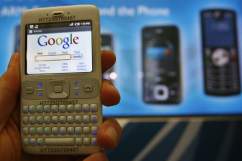 Android Phones: The Photos You Need to See

4. Other Tech Companies Are Being Sued for Underpayment

Valleywag notes that Google isn’t the only big tech company to be sued for underpaying its workers. Handy, a handyman startup service, is being sued as well.

Valleywag refers to Handy as “a hellscape of labor code violations” and notes that the company’s independent contractors are allegedly being underpaid. In that suit, the plaintiffs are seeking damages up to $4,000 per Handy worker. You can learn more about Handy by downloading their app for iOS, a screenshot of which is pictured above.

McPherson’s LinkedIn profile notes that he previously worked for Google Play (via oDesk) and YouTube (via Pulp Lab). McPherson’s LinkedIn profile states that he was employed as Director of Audience and Digital Content Strategy for Wallplay, which is “a hybrid creative agency.” His profile also states that he attended Columbia College in Chicago. McPherson also works for cement, a NYC based strategic curatorial agency focused on trends in music, fashion, film, food, digital print, and tech. 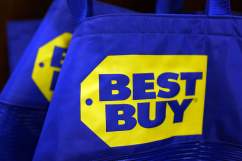