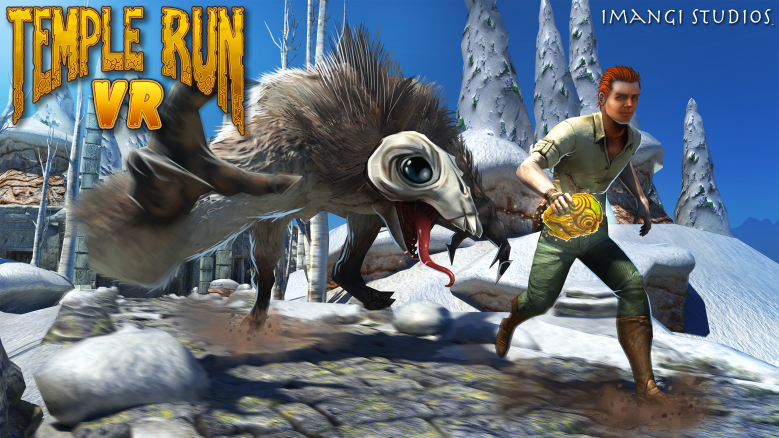 Players will run for their lives in a thrilling immersive experience through the arctic wilderness in one of the first fully playable games for the Samsung Gear VR. In Temple Run VR — which is completely free by the way — players take the idol from a mysterious temple and are then tasked with running away from Arctic demon monkeys. Yes, Arctic demon monkeys.

“We’re thrilled to see this new virtual reality technology in the hands of consumers, and are inspired by the potential for new game experiences,” said Keith Shepherd, co-founder of Imangi Studios. “It’s been a pleasure working with Samsung and Oculus to bring Temple Run VR to life, and we can’t wait to see what players think of the chase.”

The Samsung Gear VR Innovator Edition is now available in the U.S., but unfortunately only currently works with the Galaxy Note 4.

Read More
Samsung Gear VR
Temple Run VR is making its way to the Samsung Gear VR, becoming one of the first playable games for the system.