Microsoft‘s Windows 10 has got lots of tech fans excited. Check out the video above from WinBeta, which has some new information about how Cortana will be integrated into Windows 10. Do note that the video above features a pre-release version of Windows 10, so the look and feel of Cortana is not final.

SlashGear notes that Microsoft might be ahead of the curve when it comes to integrating voice into the desktop experience. Apple’s Siri voice assistant can’t yet work on OS X, and Google Now is limited to Chrome for now. SlashGear also writes that while Cortana on Windows 10 has some good functionality, the look of Cortana on the desktop hasn’t been figured out just yet:

“The appearance and interaction with Cortana is not yet set in stone as of the most recent build. At the moment, it appears as a menu popup like the Start menu with options for both typing queries or using voice commands. Activating Cortana herself/itself, however, doesn’t seem to be voice activated just yet and will require a click or tap. She also looks quite out of place even in traditional desktop mode, but that is most likely to change in the consumer preview that is expected to go out January next year.”

With the integration of Cortana into Windows desktops, Microsoft will be able to expose what is arguably the best feature of the Windows phone to a much larger audience. The pre-release version of Cortana in Windows 10 appears quite zippy in the video above, which bodes well for the final release. By next year, you should expect to be able to use Cortana in Windows 10 to accomplish simple queries, such as setting a reminder, retrieving weather info, setting up a Skype call, and much more. At that point, Cortana should also be much more “chatty,” and able to handle all your funny questions related to the Halo universe. 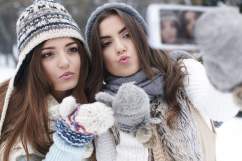