Drag Race: Rush is a high quality 3D drag racer that’s amazing to witness in action. Your sweet designer rides can get customized to the nth degree and you’ll be able to show them off in breakneck drag races. The graphics shine bright as you rev up and compete against your rivals in Asia, Europe, America and Columbia. You’ll get a kick out of this game’s fast paced one-on-one races and your fun climb to the top of the underground drag race ladder.

The next racer on our list features a great collection of awesome automobiles that are ripe for cross country road races. The high adrenaline you’ve probably experienced in past console racers gets replicated here, plus you’ll have some additional tasks to complete during each of your races. After each race, you’ll have the ability to properly customize your rides and make them highly efficient for your next round of races. The wide open stages here make this race stand out from its contemporaries.

The 4th entry in the Trial Extreme series has arrived. Once again, you’ll take on the role of a fearless motocross driver and brave the dangerous elements of plenty of new stages. You’ll go all across the world, race against rival racers and pull off some amazing stunts while you’re airborne. There’s a great amount of bikes to upgrade and bets to take on during stage runs that can net you some nifty bonuses.

Dirt Trackin is truly the serious racing simulator hardcore fans of the sport can get into. Among the best features of this game includes selectable real world racer drivers and 16 Late Model vehicles you can select for your road travels. You can change the controls and tilt sensitivity to your liking to match your racing instincts. There’s a lot of replayability evident with this racer, since you can keep racing up until lap 100.

5. Blaze and the Monster Machines

The hit Nickelodeon kids show Blaze and the Monster Machines has been transported to mobile devices in the form of this new mobile racer. The cutesy voice acting the show is known for is present here and the simple mechanics are easy enough for the young ones to get into. Collectible currency litters the track and new goals pop up during new races. This fun racer can be appreciated by gamers of all ages thanks to its short but sweet races. 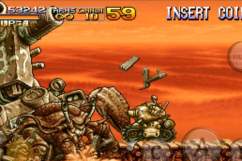 Read More
Android Apps, Android Smartphones, Games, Mobile Games, Smartphones, Tablets
You're going to get a ton of mileage out of these top five best android racing games from January 2015.